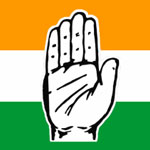 Sheila Dikshit, chief minister of the national capital for the past 15 years, has unveiled a bundle of promises for Delhi in her party’s manifesto. In the elections, to be held on December 4, she faces tough challenge from the Aam Aadmi Party (AAP) and the Bharatiya Janata Party (BJP). Serious corruption charges levelled against the Congress is another big challenge.

‘Promises more realistic than that of AAP’

Taking a dig at Aam Aadmi Party or AAP’s promise of 700 litres of free water and reduction in power rates, Shakeel Ahmed, All India Congress Committee’s Delhi in-charge, said at the manifesto’s launch, “We do not promise the moon. We believe in making realistic promises, those which we can fulfil”.

In the manifesto, Dikshit promises subsidised foodgrain to 7.3 million eligible residents under the Food Security Act. Delhi started giving subsidised foodgrain in September this year, covering 3.2 million residents in the first phase. It promises computerisation of ration delivery to eliminate corruption and setting up of food vending machines on the lines of mother dairies, to be operated using smart cards.

On the public transport front, Dikshit talks of introducing monorail and trams to make transport more convenient. She promises to double the number of DTC buses to manage the needs of growing influx of people in the capital. And to tackle the rising problem of parking spaces, Congress plans to set up Central Parking Authority. However, while Dikshit plans infrastructure for easy flow of private and public vehicles on roads, there is no mention of building dedicated cycling tracks, absence of which is increasing the number of accidents in Delhi. Also, there is no clarity in the manifesto on the fate of Bus Rapid Transit System in Delhi.

A few days after releasing the manifesto, Dikshit, in fact, told the media that if she comes back to power she will scrap the BRT project. "We could not make the project successful. We already suspended all other BRT projects. The concept did not meet the expectation. So we will have to scrap it," she told media persons. The Opposition party, BJP, has been criticising BRT since quite some time. Public transport experts say that the concept of BRT reflects the idea of sharing the road space. So, the question of sharing road space remains unanswered in the manifesto. In addition, Dikshit’s manifesto is also silent on the absence of CCTV cameras on roads to record mishaps.

The manifesto promises a slew of measures to make Delhi a greener city by drafting a long pending Air Action Plan with an objective to meet the ambient air quality standards by 2017. It aims to increase the green cover up to 25 per cent of Delhi’s geographical area. Delhi’s poor air quality has been in the news and more recently when smog enveloped Delhi in early November. Environmentalists say that Delhi has lost the gains of its CNG programme. Its air is increasingly becoming more polluted bringing back the pre-CNG days when diesel-driven buses and autorickshaws had made Delhi one of the most polluted cities. The World Health Organization has recently classified air pollution as a carcinogen.

Congress’ manifesto for Delhi plans to aggressively promote solar rooftop plan to meet peak electricity demand in Delhi. There is an ambitious plan of turning Delhi into a power surplus city. To counter criticism from opponents on rising electricity bills, Dikshit’s manifesto promises to set up fast-track grievance cells to address complaints regarding rising power bills. But unlike the BJP and AAP, which plan to reduce power tariffs, Congress does not make any such claims. Recently, Delhi Electricity Regulatory Commission approved increasing tariff for consumers with less than 200 kilowatt hour (KwH) load from the existing Rs 3.7 per unit to Rs 3.9 per unit.

Experts say there are many reasons for rising power tariffs. One is that the city buys most of its power from government-owned entities like the National Thermal Power Corporation and the Damodar Valley Corporation, which are partly dependent on expensive imported coal, which has its bearing on electricity price. Besides, tariff rates have been constantly revised to bail out power debt-ridden discoms. Also, since discoms face no competition in their operational areas, there is not much incentive for them to look for cheaper sources of power.

Congress plans to upgrade the Ladli scheme, which provides financial assistance to the girl child till her education to senior secondary level, to Qabil Ladli for college-going girls. Dikshit promises additional financial assistance of Rs 50,000 for every girl finishing college. “There would be more working women hostels and at least 20 toilets reserved for women in every constituency,” says Dikshit. The government would also focus on women’s safety through a programme for special training of police force in handling crime against women.

For a city that receives a constant influx of migrants, the Congress promises to make life easier for them. “The migrants are welcome and they can lead a good life in the national capital,” Dikshit told media persons while releasing manifesto. She said the party has included housing for all in the manifesto and in situ development of slum clusters.

Another talked-about promise, of special interest to industrialists, is of making the National Capital Region (NCR) a hub of development with a common economic zone (CEZ). The manifesto says that NCR should be developed as CEZ which will have common taxation so that the entire area becomes a hub for industries and services. This would ultimately lead to high standards of living. Dikshit claims that Delhi had the highest GDP growth in the country at 10.33 per cent in comparison to the national average of 8.33 per cent.

To make health services better in Delhi, Dikshit aims to replicate Rajasthan model by promising supply of free essential generic medicines in all government hospitals. However, there is no mention of increase in the number of hospitals since the existing government hospitals are stressed with migrant population. The party plans to bring down Infant Mortality Rate in Delhi to below 15 per 1,000 live births in the next five years. The Delhi government was criticised recently for having highest infant mortality rate of 23.94 last year compared to the previous five years.

Dikshit lists providing clean drinking water to all residents of Delhi as a priority. The manifesto states that the Congress will provide piped water supply to the entire Delhi. It will bring slabs in water rates and plug leakages to reduce wastage of water. The current average demand for potable water in Delhi is 1,100 million gallons per day (MGD) but the Delhi Jal Board supplies 835 MGD water across the city after treating raw water in its treatment plants. The party plans to commission three new water treatment plants.

If elected back to power, Congress aims to make Delhi the country’s knowledge capital by upgrading infrastructure, providing loans for higher education and setting up world class skill development centres in association with Singapore to train 20,000 people every year.

Like other parties, the Congress also promises to demand statehood for Delhi. Dikshit says her governance would have been more productive had it not been shackled by the present government structure characterised by multiplicity of agencies and government authorities not under the control of Delhi government. “There are a number of authorities in Delhi including the government, municipal corporations and the lieutenant governor. Multiplicity of command causes complexity and leads to confusion. If there is one command, many problems can be solved,” Dikshit told media persons.