Australians downloading a copy of mob thriller Kill The Irishman could have their Internet connection cut and face legal action. 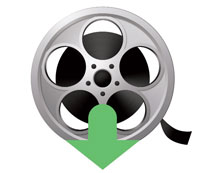 Australian internet service provider (ISP) Exetel says a firm acting on behalf of the film’s copyright holder Lightning Entertainment had approached its lawyers, asking if Exetel would be able to hand over IP addresses of people downloading the film. Exetel spokesperson John Linton said though the Movie Rights Group has not yet actually asked for the information, the ISP would be forced to provide the details if the group gets a subpoena from an Australian court. Linton told ABC News Online that the Movie Rights Group claims to have a list of 9,000 Australian IP addresses allegedly connected to illegal downloading of Lightning’s films, including Kill The Irishman, which stars Christopher Walken.

Linton also distanced his company from the potentially illegal activities of its users. “What other people’s actions bring to them is nothing to do with Exetel,” he said. Getting illegal downloaders’ details would allow film companies to take legal action against them directly.