A handy instrument to measure soot level in the air 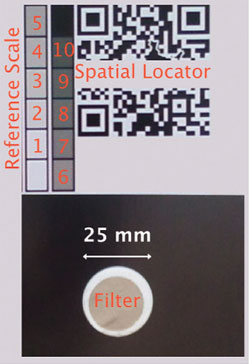 MONITORING air pollution just got simpler. A handy and low-cost instrument has been developed for researchers to measure and analyse soot level in the air.

Soot, or black carbon, is the second biggest contributor to global warming after carbon dioxide. It is released in the air by incomplete combustion of firewood, dung and diesel. The instrument comprises a quartz filter and a reference scale. The filter changes colour when soot particles deposit on it. Darker the filter, greater is the soot deposition. The user can click the image of the instrument and email it to a central server where researchers analyse the data. A cellphone can be used to make the process simple.

Nithya Ramanathan, professor of computer science at University of California, Los Angeles, developed the instrument after teaming up with a California-based non-profit Nexleaf. The instrument has stood the test twice: in urban areas of California and a village in the interiors of central India. The results were compared with the results attained by the standard carbon detection method. Both were similar. The study will be published in the journal Atmospheric Environment.

The instrument has also secured a nod from the Environment Protection Agency (EPA) in the US. “Scientists spend thousands of dollars to get precise measurement,” says Ramanathan. But this instrument costs just about US $600. The one-time use of filter costs US $1.20. It is likely to be available in the market within two years.

Tim Watkins, who works with EPA’s air, climate and research programme, says such devices “can help people reduce their exposure to air pollutants”.

Black carbon expert Dane Westerdahl, however, is unsure about its accuracy. A researcher at Cornell University, Westerdahl has measured soot and other polluting particles using conventional methods. “The researchers have not demonstrated that the instrument will produce high quality data. This is because the experiments are not in-depth and are just proof of concept,” he says. “It is far more important to use instruments that have known and accepted performance than focus on cost and apparent ease of use. Selection of instruments depends on a combination of need and cost,” he says.