Court rules in favour of tribals 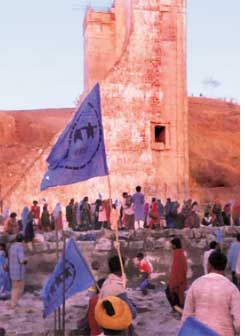 The court directed the state to provide the land within four months. "The villagers' struggle has paid off. About 900 families are likely to benefit from this judgement," said Chittroopa Palit of the Narmada Bachao Andolan that supported the villagers. Though pleased with the direction of the court, tribals are aware the state government will not easily allot land to the displaced. In the Indira Sagar Dam case, displaced people are still waiting to get land despite court directions, Palit said.

Displaced families who had purchased land from the Special Rehabilitation Grant awarded earlier by the Narmada Valley Development authority will not be given land under this order. "We will challenge this either in the high court or the Supreme Court. Those who availed the grant did so after a lot of resistance. They wanted land, not money," said Palit.

The state government had forcibly evacuated two villages by demolishing schools and cutting water supply. A two-member committee appointed by the state for grievance redressal was of little help.