Litigation as a weapon for tobacco control 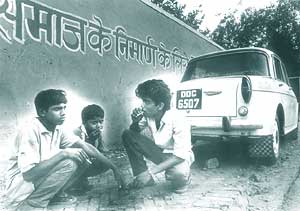 It has all the ingredients of a thriller novel. Big bucks, dirty politics, powerful organisations, wily strategy, secret documents, and gullible victims all over the world succumbing to lung cancer. Isolated voices of injured smokers against a powerful tobacco front are ruthlessly drowned but eventually an echo is created as litigants get together to launch an attack against the multinationals. The finger becomes a fist to knock out Goliath.

Litigation in India and the us has brought about dramatic results that offer a model for health officials and advocates worldwide. This is the crux of the recently released document from the World Health Organisation (who) "Towards health with justice" that urges the use of litigation and public enquiry as tools for tobacco control. The report is prepared by D Douglas Blanke, director of the Tobacco Law Project, William Mitchell College of Law, for the Tobacco Free Initiative, who. It traces the history of global tobacco litigation over the last fifty years and the lessons learnt.

It recalls that in India, a recent landmark decision of the Supreme Court banned smoking in public places like hospitals, educational institutions, railways and public transport. The court directed the police to report on action taken to enforce the advertising restrictions on tobacco. In another stunning decision, the High Court of the State of Kerala held that "public smoking constitutes air pollution and is a public nuisance." There is also a pending petition, calling for a criminal investigation of the Indian tobacco industry and illicit trade in tobacco products.

In us more than 35 million incriminating pages of tobacco industry documents, like corporate memos, folders etc were uncovered as a result of litigation, which revealed that the tobacco industry was manipulating people and public health policy.

It also refers to another who report of June 2000, "Tobacco company strategies to undermine tobacco control activities at the who," that details how the tobacco industry had secretly tried to sabotage health policy. In 1999, who studied public documents in the us along with investigations carried out by the us Food and Drug Administration (fda).

This report indicates that manufacturers had controlled and manipulated the levels of nicotine in cigarettes, which increased the addictiveness of the product, especially among the strategically targeted group of adolescent children. The industry had manipulated public policy and avoided paying a penny in damages. It had remained profitable from the sale of a substance known to be lethal.

It states that tobacco companies worked together to frame "elaborate and carefully concealed schemes to subvert every aspect of who's tobacco related programmes over many years. It made efforts to prevent implementation of healthy public policy and reduce funding of tobacco control programs within un organisations. It used people associated with the un and its organisations."

One such person Roger Scruton, a writer, recently admitted in London that he was on the payroll of a large tobacco company while writing a pamphlet that attacked the who for targeting tobacco and not doing enough for diseases like AIDS and malaria.

Tobacco companies also used un agencies to acquire information about who's tobacco control activities. In fact, top executives of Philip Morris International convened in Boca Raton in Florida, us, in November 1988 to draw up a master plan for attacking who's tobacco control programs. "The Plan identified 26 global threats to the tobacco industry and multiple strategies for countering each," states the report.

With no dearth of funds at its disposal, the industry dealt with these threats by using its resources to gain favour through well-placed contributions. It tried to interfere with who's policy making by manipulating the working of pressure groups like trade unions and food companies. Front organisations were created to lobby against and influence tobacco control activities.

The outcome of such careful planning was deadly. Today, one third of the world's adults smoke cigarettes and half of these smokers will die prematurely. Diseases related to tobacco use kill more than four million people every year. The who document warns that if current trends continue, tobacco will take the lives of 500 million people alive today. By 2020, tobacco will account for one third of all adult deaths in the world. The monograph describes the power of legislation, litigation and public enquiries as tools for public health.

The awareness that almost all smokers become addicted before reaching adulthood has gradually brought about a shift from the paradigm that smokers are to blame for their own illnesses. This was the argument that won the tobacco industry hundreds of cases in court.

But over the years tobacco litigation has evolved from personal injury cases to class action suits to third party actions. For example in Florida, a daring class action claim Broin v. Philip Morris Companies , was filed on behalf of non-smoking airline flight attendants injured by their exposure to second hand smoke. But before the trial concluded, the defendants, Philip Morris Companies, chose to settle on terms that authorised filing of individual cases. The tobacco company also agreed to pay $300 million to fund a medical research foundation.

In another dramatic case, R J Reynolds Co. v. Engle , a state class action was filed on behalf of all addicted Florida smokers injured by tobacco related diseases. Three representative members of the class were awarded individual damages totalling $12.7 million. Later, the jury also determined punitive damages for the entire class, and awarded the heart-stopping sum of $145 billion. The Engle verdict, if sustained, is expected to change the litigation environment forever.

India too has been active in tobacco litigation. Non-governmental organisations have filed 17 cases against public smoking. There are also cases seeking enhanced smoking restrictions and classification of tobacco as a drug. A fund is sought to be raised from contributions by cigarette manufacturers for public awareness campaigns against tobacco and compensation for alleged tobacco related diseases.

The who document also mentions cases filed against tobacco companies by governments and other third parties who treat smokers' illnesses.

For example, in an unprecedented case, a leading cancer hospital in Saudi Arabia has filed a suit in the Grand Shariah court of Riyadh against ten international tobacco manufacturers and their local agents. The suit seeks $2.9 billion for the cost of treating an estimated three million sick smokers over a period of 25 years.

Even in the us, about 50 private cost recovery actions are pending. One of these cases that reached trial achieved only a hollow victory. In June 2001, the largest private health care insurer in the State of New York was granted $17.8 million. However, the amount of the verdict awarded was small in relation to the cost of litigation and the $3 billion in damages alleged.

As litigation is an expensive option, the who document also considers funding options. It concludes that used properly, the law can help to awaken public outrage, strengthen public policies and redress injuries. It suggests that the law must be made an integral component of the global tobacco control agenda.

In pursuance of this goal, the who plans to bring into force the first global treaty on tobacco control. It has proposed a Framework Convention on Tobacco Control to be ratified by member states by 2003.