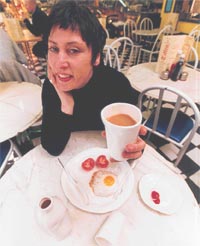 The memories of Belgium's 1999 dioxin crisis were revived with Germany shaken over feed grain contaminated by nitrofen, a cancer-causing chemical banned in the European Union (eu). Even though thousands of organic chickens were slaughtered, it was feared that infected meat and eggs had already entered the food chain.

Consequently, the European Commission considered a temporary ban on organic produce from Germany. The regional farm ministers of Germany then held an emergency meeting and sent a list of detailed plans to the commission on what steps Germany was taking to contain the crisis. This damage-control measure helped Germany avert the ban narrowly. European scientists were convinced that the country had put in place sufficient safeguards to stop the spread of poultry feed containing the banned herbicide. "The source of the prohibited pesticide contamination has been clearly identified," the commission said after talks on Europe's latest food health scare. There was only one source of contamination found -- a grain store in former East Germany. Belgium reacted to the development by testing all cereal and livestock imports from the country for nitrofen immediately. Germany has now launched yet another search for the contaminated food.