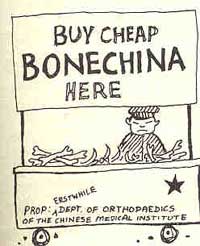 CHINESE science is going the market way. A new policy recommends the withdrawal of state funding for twothirds of the country's research scientists. But scientists protest their work has vital relevance to industry. Researchers fear that the new policy, which may only be a short-term measure to counter recession, will force some@of them to abandon research. Some researchers are reportedly talking of opening restaurants and shops after state funding is cut off.

But researchers and research agencies are less optimistic. The National Geology Library of China has rented out half of its building to a local company in an attempt to remain financially viable.