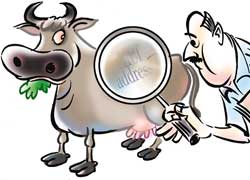 Residents of Rio Hondo municipality in Guatemala's eastern department of Zacapa recently rejected a hydroelectric plant on the Colorado river through a referendum. "We say no...because we already have precedents of contamination and water shortage with the Pasabien river. Earlier, the legislation did not allow us to be consulted. Now that they are giving us the chance to voice our opinion, this is what we think," said a resident. Some people even had to purchase water from a Pepsi Cola plant following the construction of the Pasabien dam.

The business sector, however, rejected the referendum due to its low participation of 29.3 per cent. But, as per the 2002 Municipal Code, the participation was enough to be held valid. Guatemala's energy and mining minister Luis Ortiz Pelez said:"It is a contradiction...these communities protest high electricity costs and later react by impeding investments, denying the possibility of cheaper energy, condemning us to depend on hydrocarbons."