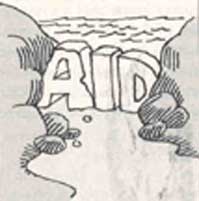 MALAYSIA's Pergau dam is once again in the news, much to the discomfiture of the British government. The latest blow is the British High Court's green signal to the World Development Movement -- a pressure group on Third World issues -- to apply for a judicial review of Britain's funding of the project, says the Financial Times.

The group has been pressing for a review on the ground that the government's L234-million funding of the project violates the British Overseas Development and Cooperation Act, which clearly states that aid should be targeted only at beneficial developmental projects. It now hopes for a favourable hearing from the High Court on its plea that the L200 million still to be paid to the Malaysian government be blocked.