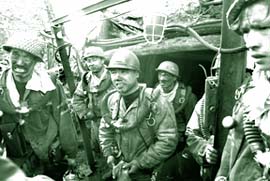 While China accounts for 35 per cent of the annual global coal production, as much as 80 per cent of coal mining deaths worldwide occur here. On an average, a coal miner in China produces 321 tonnes of coal per year, which is about 2.5 per cent of that produced by a coal miner in the us. But the death rate in Chinese mines is more than 100 times that in the us mines (see table: Accident prone). Why?

"China produces enormous amounts of coal and has the largest number of coal mines in the world. A large number of mines are located in areas where there are huge problems of gas and inundation," explains Stephen Frost, research fellow at the City University of Hong Kong and director of the weekly, Corporate Social Responsibility Asia ( csr Asia). In fact, there are more mines and smelters in China than in the rest of the world put together. The highly gaseous nature of the coal seams means a high risk of methane explosions. Also, most seams in China are located deep underground, increasing the risk for workers.

Another major reason for the high number of accidents is work safety precautions are almost non-existent, says Roger Moody, director of Nostromo, a community consultancy on mining based in London. "Almost 99 per cent of the accidents are caused by human errors, something which can be easily avoided," he adds.

"Little has been done to change the situation and inspections are neither regularised nor thorough. Funds are insufficient. In addition to state mines, there are private mines -- mostly small -- whose owners are less concerned with their workers and more with turning a profit," says Mickey Spiegel, senior researcher, Human Rights Watch, New York. "Besides, local governments, often strapped for cash, are pleased to see the mines in operation in their districts and, thus, overlook problems. There has lately been a tendency to hire migrant workers because they are cheaper. Many are untrained, not only in relation to the work but in relation to safety standards, so, for example, you find miners smoking in the shafts. In addition, the hours are long. I would assume overwork leads to carelessness," adds Spiegel.

Agrees Zhang Baoming, former director of China's State Administration of Work Safety (saws), who says there is rampant negligence of work safety around the country. In the preoccupation with economic growth, there is a total disregard for the life and health of coal mine workers, he laments. "There is no dearth of workers in China, but there is dearth of coal," remarks Moody.

About 70 per cent of China's energy needs and 80 per cent of electricity generation are fuelled by coal. In 2004, China produced about 1.95 billion tonnes of coal. This came from state-owned mines and thousands of private and illegal mines. As the production from state mines has been steadily dropping, more coal has been coming from the "black market". There are 23,600 legal coal mines in China and almost an equal number of illegal coal mines. Severe power shortage last winter had led to a spurt in demand for coal, raising its prices by as much as 40 per cent. "This led to even the more dangerous mines being opened up," says Frost. Xinhua notes that, "Quite a large number of enterprises have distorted the relationship between work safety and economic gains."

Several private owners try to keep the mines working round the clock, giving high incentives to workers to keep long hours. "Payments for death and injury are very low. Owners can afford them," says Spiegel.

With regard to safety, the private and illegal mines are of special concern. In the year 2000, there were more than 42,000 such mines in China. Then the government decided to crack down on them. Many were closed but several new ones also opened. "Worker deaths from such mines go unreported. In fact, there is a deliberate attempt to cover up the mining accidents," says Moody. Frost reveals several such coverups in a recent issue of csr Asia. In June 2004, workers killed in an accident in Hebei were incinerated to hush up the matter. Similarly, in September 2004, mine owners in Guangdong destroyed records and bribed co-workers to keep quiet about the accident.


It's not that there are no laws to regulate the coal mining sector. According to Frost, "There may be some loopholes but the laws are as good as those in some of the industrialised nations." For instance, the Coal Law implemented in 1996 regulates the coal mine construction and development as also production and safety. Similarly, the Mine Safety Law implemented from 1993, covers various issues such as enterprise safety and management, mine security, processing of mine accidents and legal liability.

But the overwhelming problem is that laws are never implemented, says Frost. saws is the national-level body responsible for workers' safety. At the provincial level, the Provincial Bureaus are responsible for implementing the laws. While the illegal mines remain outside the ambit of the legal and regulatory system, "even in the state-owned mines regulations are given a go-by in favour of increasing production and fuelling the 9.5 per cent growth rate economy," says Moody. "Another problem is that even when the provincial arms of saws go and check mines and find that they are not adequately addressing the issue of work safety or that the mine is dangerous, they do not have the authority to shut the mine down," says Frost.

Recently, the Chinese government took a few initiatives to improve the situation. There is a standing instruction that no attempt should be made to cover up any coal mine accident. An indication of the government's earnestness was the execution of an official of the Communist Party in 2004 for his role in the coverup of a 2001 tin mine disaster that claimed 81 lives in the southwestern region of Guangxi. "Officials are now sent to jail for trying to suppress any information related to mine accidents. But these are mostly party punishments," says Frost.

On March 14, at the annual meeting of China's parliament, the government pledged more than us$6 billion to improve coal mine safety over the next few years. In January, a decision was taken to increase fines on illegal coal mines in an effort to reduce accidents. "In February, China's biggest coal producing province, Shanxi, announced new regulations stating that compensation per mining death must be at least 200,000 yuan (about Rs 10 lakh). This is the highest compensation standard in the coal industry nationally and two mines in the province have already implemented the standard," says Frost. The State Development and Planning Commission announced the government will implement seven policies to eliminate gas accidents. These will include sending safety monitoring teams for inspection and spending 3 billion yuan on other safety measures.

Meanwhile, China's demand for coal is likely to escalate and thus coal shortages are expected in the next winter, too. The demand for coal is expected to rise by 6 per cent, to about 2.1 billion tonnes. And as the demand continues to rise, mines will be dug even deeper, in a highly dangerous working environment. Unviable old mines will be reopened and hazardous operations undertaken because there won't be enough coal. And at risk will be the lives of the workers.