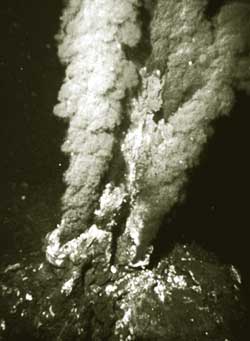 deep sea genetic resources need to be protected from excessive commercial exploitation for pharmaceutical or industrial applications, warns a report by the United Nations University -- Institute of Advanced Studies (unu-ias) in Tokyo, Japan.

The report, Bioprospecting of Genetic Resources in the Deep Seabed , points out that marine resources -- with a high potential of medical and other uses -- are now more accessible and vulnerable because of rapid advances in exploration technology.

Marine organisms can provide anti-fungal, anti- hiv, antibiotic, anti-cancer, anti-tuberculosis and anti-malaria drugs. Applications for the treatment of Alzheimer's disease, cystic fibrosis and impotence are also under consideration. The report says all the major pharmaceutical firms, including Merck, Lilly and Pfizer, have marine biology departments. It estimates the worldwide sales of marine biotechnology-related products in the year 2000 at us $100 billion.

The report warns that in the absence of clear rules governing access to and the sharing of benefits derived from the "global commons" of the seabeds, there is a high risk for severe, perhaps permanent damage to these unique and sensitive ecosystems. Activities such as those associated with deep sea trawling have already led to the extinction of several species, the report says.

Bioprospecting in the seabed within territorial limits is currently regulated by the un Convention on the Law of the Sea, as well as by the Convention on Biological Diversity, which governs access to genetic resources.