Democracy and the good road

It is a common signboard on Indian roads: Caution, men at work. It connotes everything from a nuisance for the motorist to profit for the contractors, from infrastructure addition to government reports to seasonal employment for migrant labourers. It is a space where societies clash, build and destroy.

In the pre-automobile era they were the site of lobbying by cyclists. For a village seeking connection with the world, a road is the hope of healthcare, social life and opportunity. For a mining company in a hurry, roads are means to transport minerals out of underground worthlessness to a market that can value them.

Road construction has always been an arena of power. The Mesopotamian and Chinese civilizations were known for their roads. Highways as we know them today were instruments of conquest. Roman roads, built about 2,000 years ago, were mainly for armies. Traders used the same roads, and later Christianity took the Roman roads across Europe.

In ancient and medieval times, kings and nobles stamped their benevolence by constructing roads. Chandragupta Maurya built a highway from Taxila to Pataliputra. In the 16th century Afghan ruler Sher Shah Suri built the Grand Trunk Road which later stretched across the Indian subcontinent. The Afghan ruler and his Mughal successors—as well as their satraps—ensured the road was dotted with caravan sarais at regular intervals, and trees were planted on both sides of the road to give shade to the passers-by. There were milestones along the whole stretch, some of which can still be seen along the present Delhi-Ambala highway. 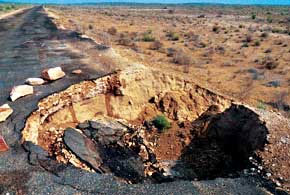 It was the same roads that invaders from Afghanistan and Persia took to raid northwestern India. Later, they helped the movement of British troops from Bengal into the north Indian plains. Common people rarely took to the road to cover long distances, except in times of duress such as famines. The social barriers of class and caste also determined access to roads.

But things were a little different in 15th and 16th century Europe. In Western Europe, feudalism was on its last lap. Economics and politics were chipping away at the self-contained localisms of feudal times. By the 17th and 18th centuries, there were political revolutions in Europe. Increased commercial travel led to better carriages, the breeding of better horses. There was demand for better roads, and supply and invention both rose to meet that demand. In 1585 the Italian engineer Guido Toglietta wrote a thoughtful treatise on a pavement system using broken stone that represented a marked advance on the heavy Roman style. In 1607 Thomas Procter published the first English-language book on roads. The first highway engineering school in Europe, the School of Bridges and Highways, was founded in Paris in 1747.

Road space became a valuable public resource. Democratic movements in the West made right-of-way one of the most valuable assets owned by municipal governments. At several times, the democracy was limited. The League of American Wheelmen, the harbingers of good roads in the US, limited membership to Whites. In countries under colonial rule, the malls and the kingsways were out of bounds for the colonized.

But planners also began to realize roadway design can have a significant effect on a community’s character. The Dutch and the Danish have laid much store on cycling. In the 1970s and 1980s, the Dutch queen Beatrice was known to cycle her way to work.

In India and several other countries, however, its increasingly the small car that is ruling the roost. Transport planning practices tend to devote most road space to general traffic lanes and automobile parking. Allocation of space on the ground directly affects the quality of the space above—noise and air pollution. Today, it is horrific to see an ambulance fighting cars for space.

Highways and high speed transport are a government priority now, with more than Rs 2,00,000 crore spent to improve and augment highways in the recent five years.

It is against such numbers and such might that we need to see the effort of two men in Gaya who carved out a road each. It’s not enough to name a road after such heroes. There is a greater resource there: such people should be sponsored to travel across villages. Their stories are likely to be influential.