Seven-star deluxe villa resort was built on an islet in Vembanad backwaters, a Ramsar site, with full cooperation of state agencies 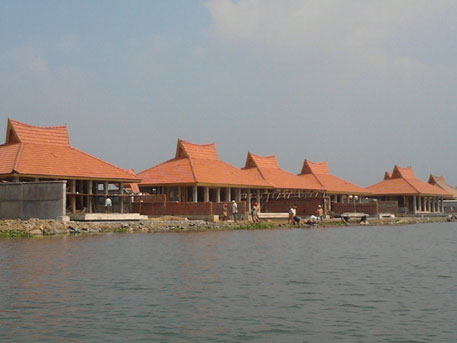 A well-know chain of luxury resorts has been caught on the wrong side of the law in Kerala. “Located on the private island of Nediyathuruthu, surrounded by the exotic and hypnotic beauty of the emerald backwaters in Kerala's Alleppey district, the luxurious all-pool villa, Banyan Tree Kerala, is the first Indian outpost of the award-winning resort group.” So says the website of Banyan Tree Hotels and Resorts, a developer and manager of premium resorts and hotels in Asia-Pacific. What the website does not mention is that the resort has been constructed in the Vembanad backwaters, which is a Ramsar site, a wetland of international importance and protected by the Ramsar Convention.

Now the resort, an hour from Kochi airport, faces demolition. The Kerala High Court, July 25, ordered the demolition of all 59 villas and other constructions on the tiny island in the backwaters within three months. A division bench of the high court, comprising justices K M Joseph and K Harilal cited violation of various laws and norms like the Coastal Regulation Zone (CRZ), EIA Notification-2006, Kerala Conservation of Paddy Land and Wetland Act-2008 and Wetland conservation and Management Rules-2010.

Nediyathuruthu is one among the seven tiny islets in the Vembabad backwaters in Panavally grama panchayat in Alappuzha district. According to revenue records, most of the land measuring 11.5 acres (one acre equals 0.4 hectare) was paddy fields and water-logged areas. This land named “island farm” was acquired by a chartered accountant from various owners and sold to Mini Muthoot group, a leading non-banking financial corporation in Kerala. Kuwait-based Kapico Group, a privately owned international corporation with more than 40 subsidiary and joint venture companies in 11 countries, joined hands with Mini Muthoot to form a joint venture, Kapico Kerala Resort pvt ltd with Mini Muthoot chairperson Roy M Mathew as the managing director, in 2007. The project was to construct a seven star resort in the island, which would be operated by Singapore-based Banyan Tree group. The company also availed financial facility to the tune of 165 crore from a consortium of banks, led by the State Bank of India.

One of the first acts of the company after obtaining sanction from the panchayat (application made on 5. 10. 2007 and sanctioned on the same day, notes the high court judgment) was the construction of a private jetty without the permission from the irrigation department. Hundreds of tonnes of sand was dumped to fill the paddy fields, roads, and retaining walls were  constructed after filling up the surrounding back waters.  It is alleged that as much as 10 acres was thus added, even though a survey conducted by the Alappuzha district collector confirms encroachment of only 2.04 acres. (While announcing the project, Muthoot chairperson had said the resort was to be built on a “sprawling 20 acres”.) 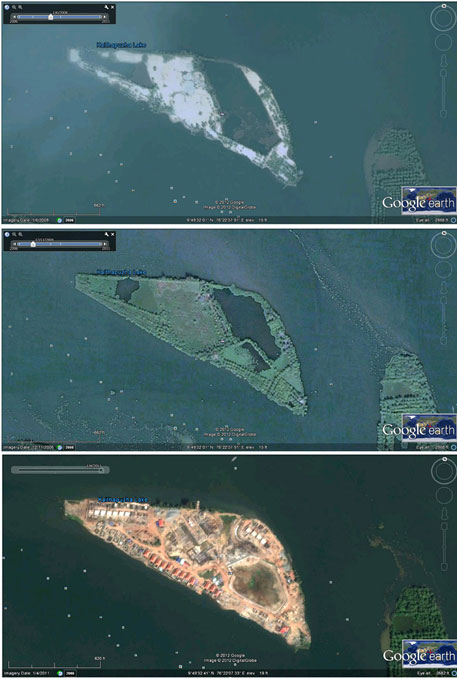 According to the Kerala Building Rules which became effective from June 2007, permission for construction in inland islands could be accorded only in conjunction with coastal zone regulations. The regulations specify construction at a distance of at least 50 metre from the shoreline, maximum height of nine metre for a structure, 20 metre distance between two buildings and on so on, all of which have been violated. Clearance from the Ministry of  Environment and Forest is mandatory if the investment is above Rs 5 crore. In the case of this resort, investment is computed to be around Rs 250 crore, and no such permission was obtained. (When the project was first announced in 2007, it was to be completed in 2008 and the estimated cost was Rs 150 crore).

Thirteen licensed stake nets of fisher people were dislodged for the project. One of them, Ratheesh, filed a petition, demanding restoration of nets, damages and demolition of the illegal structures on the island. State of Kerala, Panavally Gram Panchayat, Coastal Zone Management Authority and Kapico Kerala Resorts (pvt)ltd were among the respondents.  Simultaneously, the Kerala Matsya Thozhilali Aikya Vedi (TUCI, fish workers' union)  launched an agitation; their front organization, Vembanad Lake Conservation Forum, impleaded itself in the case.

Despite the agitations and the numerous violations, no one in authority halted the work and the construction went ahead full steam. Even though the Coastal Zone Management Authority admitted in the court that the Kapico company had obstructed the flow of the current and that the constructions were not in adherence to the coastal regulations, the authority did not intervene. The resort was all set to commence business when the High Court’s verdict came.

The court has indicted the state and various state agencies involved for their inaction and complicity. The government has been asked to take action against the island owners to ensure that the unauthorized structures are removed within three months. “The court when it enforces laws in protection of environment becomes the custodian of the interests of not only the present generation, but also of posterity,” says the judgment.

“The extent of the Vembanad lake has been reduced to 12,000 hectares from 42,000 hectares in the past few decades,” says Charles George, the state president of the Kerala Matsya Thozhilali Aikya Vedi (TUCI.) “Unfortunately, it is the state and its agencies like the Kochi port are the biggest culprits in encroaching Vembanad. Private groups like Mini Muthoot are taking advantage of the situation.” This verdict is a fitting rejection of all such violations, he adds.

Unfortunately  this landmark judgment found space only in the local pages of the newspapers in Kerala and has largely gone unnoticed.