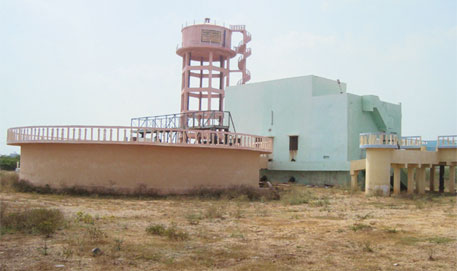 PROJECTS under Jawaharlal Nehru National Urban Renewal Mission (JNNURM) have been implemented poorly in Andhra Pradesh, with several lapses in planning, and financial and procedural irregularities.

This is the conclusion of a confidential draft performance audit report done by the state principal accountant general (PAG) to the Comptroller and Auditor General of India (CAG).

The Central government launched JNNURM in 2005 to fast track planned development in selected cities within seven years. Of the 65 mission cities identified in the country, four are in Andhra Pradesh: Hyderabad, Vijayawada, Visakhapatnam and Tirupati. As of March last year, the Centre had approved 251 projects for Andhra Pradesh worth an estimated cost of Rs 11,907 crore. PAG audited 74 projects with an approved cost of Rs 6,613 crore (55 per cent). The projects include water supply, water and sewage treatment facilities, housing and urban transport. “Only 28 of the total audited projects have been completed as of June 2012,” says PAG.

All the audited sewage projects and most of the drinking water projects were found to be incomplete. The projects suffer because of unavailability of land and paucity of funds, says the PAG report (see ‘Report card’).

Under JNNURM Andhra Pradesh had to complete 113 housing projects with the assigned Rs 4,209 crore. Of the five housing projects audited, none has been completed after spending Rs 1,379 crore. In one housing project, 25,761 houses stated to have been built under JNNURM were actually constructed under a state housing scheme for the poor, called Rajiv Gruha Kulpa (RGK). Under RGK, the beneficiaries have to contribute 10 per cent of the house development cost which is to be refunded. The report found that Rs 33 crore from JNNURM funds was used to refund RGK beneficiaries. The status of houses built under JNNURM in Tirupati was found to be very poor. Many houses handed over to the beneficiaries were not occupied due to bad location or lack of water supply.

The audit report points out that the process of inviting tenders and giving contracts had several irregularities, resulting in undue benefit to contractors. Many of the projects were divided into a number of packages and were given to contractors separately which caused delay in execution. Some projects were split into more than 100 sub-works. For instance, the Vijayawada Municipal Corporation (VMC) sub-divided a Rs 56 crore underground drainage project into 132 packages and awarded the works to as many as 52 contractors.

The evaluation of technical bids and the finalising of tenders are supposed to be done by a committee and the commissioner of tenders, respectively. The audit report found the VMC commissioner finalised the tenders and awarded five technical works worth Rs 23 crore to a single bidder in the first call without recording the reasons. “Required documentations on award of contracts were not properly maintained, casting doubts on the transparency of the process,” says the audit report.

In case of the Rs 830 crore Krishna Drinking Water Supply Project, which will tap 16.5 thousand million cubic feet or TMC (one TMC equals 28.3 billion litres) from the Krishna for the Hyderabad Metropolitan Area, the audit points to the possibility of a nexus between private companies to secure different work packages. “The main parties that took part in the bidding, either individually or through joint ventures, were largely the same,” notes the report. Even after repeated requests, the Hyderabad Metropolitan Water Supply and Sewerage Board did not furnish its tender files for audit.

Another major lapse, says the report, is the absence of active involvement of the urban local bodies in implementing the projects, which is mandatory under JNNURM. In all the four mission cities of Andhra Pradesh, urban development authorities were still implementing most of the projects, the report found.

The audit noticed several instances of deficient financial management, including diversion of funds and delay in release of funds from the Central and state governments. The state-level nodal agency for JNNURM, Andhra Pradesh Urban Finance and Infrastructure Development Corporation (APUFIDC), has withheld grants amounting to Rs 193 crore from the implementing agencies without any specific reason, says the report. While it is mandatory for the state to transfer the Central and state funds to the implementing agencies immediately, scrutiny of APUFIDC records revealed shortfall in releasing state funds worth Rs 158 crore. In March 2009, the state had commissioned a water supply system in Visakhapatnam. The Rs 47.93 crore project, supposed to completed by December 2011, is lying incomplete due to diversion of Rs 8 crore to other projects, unavailability of land and delayed payment to contractors.

The report adds that many of the urban local bodies have put project funds in fixed deposits. Neither the state-level steering committee, headed by the chief minister, nor APUFIDC has evolved any system for adjusting the interest earned from funds in fixed deposits. The state’s response to this is that JNNURM guidelines do not provide for adjusting the interests earned from the parked funds.

PAG says, “The Central funds are provided for speedy execution of projects and not for earning interests through funds in fixed deposits.” The audit report recommends that the state government should ensure preparation of mandatory detailed project reports with correct data and timely release of Centre and state funds to the implementing agencies. It directs the state to take action to get back funds diverted outside JNNURM, obtain permission from the Centre when diverting funds within JNNURM projects and strict implementation of mandatory reforms by urban local bodies.

When asked to comment on the report, managing director of APUFIDC Madhusudan Reddy said, “At this stage we are not in a position to comment on any of the observations in the audit report. We are in the process of compiling comments on the audit from the departments concerned. Though we are the nodal agency, projects were implemented by different agencies.”