Dharavi gets costlier, project gets delayed 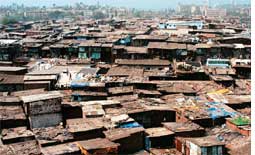 the cost of the Dharavi redevelopment project (drp) has crossed the Rs 13,000 crore mark from Rs 9,200 crore estimated earlier. The escalation means changes in the bidding process and bids that were to be received till April 2008 will extend to June, causing further delay.

"The cost has been rising since the project was cleared in 2004. It was pegged at Rs 4,000 crore initially. But the government took a decision to increase the cut-off date for the project from January 1, 1995 to January 1, 2000. This means an additional 20,000 slum dwellers have to be accommodated within the present project estimate of 57,000 families. The carpet area of flats has been increased from 225 square feet to 270 square feet," says Raju Korde of Dharavi Bachao Samiti, an organization spearheading the movement against the present redevelopment project in Mumbai. Among other things, the samiti is demanding flats be of 400 sq ft carpet area (see 'No vacancy', Down To Earth, November 30, 2007).

Experts say the reason behind relaxation in the cut-off date is the assembly election in 2009. Also, increase in the number of project-affected families and extra carpet area per flat may make the drp financially unviable. Builders are demanding additional floor space index (fsi) to meet the new conditions. The fsi for the project is 4 now, which is higher than the usual 2.5. This may now further be raised to 4.5. According to news reports, S Kshatriya, principal secretary, housing department, has admitted he has received a proposal for raising the fsi, but a final decision is yet to be taken.

drp was conceived in 1995 by M M Consultants, Mumbai. It offers a "win-win" solution whereby the Dharavi slum dwellers would be provided 225 sq ft free of cost flats in high rise buildings and selling the freed up land in the private market. For every 100 sq ft used to rehabilitate slum dwellers, the developer can sell another 133 sq ft in the market. drp covers 144 ha of Dharavi where five sectors will be carved out. Each sector will be developed by one developer to ward off monopoly.