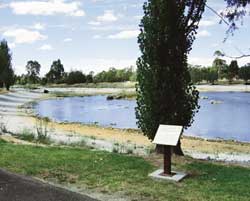 the water level of Africa's Lake Victoria, the second largest freshwater lake in the world, has dropped dramatically by two metres in the last 45 years. Though drought has been largely blamed for this dip, a closer look by environmentalists and politicians in Uganda points to a new culprit: the World Bank (wb)-supported Kiira dam.

Construction of the dam was initiated in 1993. It was built close to another dam, Nalubaale, on the same water source from Lake Victoria, despite concerns of environmentalists and dam engineers. They had apprehended that construction of another dam on the lake would lead it to release more water than it receives. To compound matters, wb decided to raise the power generation capacity of Kiira dam to 200 mw from its early capacity of 105 mw. Accordingly, specifications of dam construction were changed and it required a recalculation of the total annual inflow of water into the lake. The Canadian company Acres International and Kennedy and Dunkin (kd) were commissioned to do the calculation. But they gave conflicting reports, apparently based on varied data. Though kd cautioned wb against raising the dam capacity, wb acted to Acres' reports and in 2002 gave its assent to the construction. The current operating capacity of Nalubaale and Kiira requires 1,800 cubic metre per second, which is much more than current water inflow.