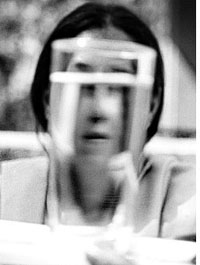 about 250 million people in urban India drink municipal water, which is treated and disinfected before being supplied. A recent study shows the chemicals used for treatment methods might give the water a different set of harmful characteristics. Surface water, which contains microorganisms like bacteria, algae and suspended organic matter, is made potable for human consumption using chemicals such as chlorine, alum, potassium permanganate, polyphosphate, lime and other coagulants.

Researchers studied the effects of treated water on a particular species of yeasts, which is similar to mammalian cells with respect to growth. They found that the chemicals used to treat water damage the cells of the yeast species Schizosaccharomyces pombe. "The chemicals damage the dna structure of the yeast," says Soumendra N Talapatra, the lead researcher from the department of biochemistry, Calcutta University. The study was published in the January 2008 issue of Food and Chemical Toxicology (Vol 46, No 1).

The researchers collected drinking water samples from several areas of Kolkata and exposed yeast cells cultured in the lab to them. The dna, they observed, resembled a comet with a distinct head, the nucleus and a tail containing fragments of dna. Scientists say comet formation is a sure sign of cell damage.

Coagulants, which contain poly-diallyl dimethyl ammonium chloride, are used to treat raw water to make it potable. "The coagulant breaks down to form allyl chloride, which affects the cell and is also a potent carcinogen," says Dhrubajyoti Chattopadhyay, a co-researcher from B C Guha Centre for Genetic Engineering and Biotechnology, Calcutta University.

Chattopadhyay says about 50 genes of S pombe are associated with human diseases, and of the 50, malfunction of 23 can lead to cancer. "The study may have far-reaching implications regarding human health. S pombe should be routinely used as a model to test purity of water samples," he adds.

Scientists say while chlorine kills microbes, it also reacts with organic matter in the water to form toxic organochlorines, which are carcinogenic. "Chlorinated disinfectants in drinking water could act as a co-carcinogen on epithelial cells in the small intestine (gastrointestinal mucosa) and modify the tumour suppressor gene, leading to cancer," says Gautam Chatterjee of Calcutta Medical College.

With groundwater contaminated with arsenic, fluorides and pesticides, surface water needs to be treated better, say experts. "There should be definite guidelines about what should be the permissible limit of chlorination and its by-products in drinking water," says Pradip Sikdar of the Indian Institute of Social Welfare and Business Management. Sikdar has studied groundwater system in Malda district in West Bengal. He says the research findings are significant and point to the need for better treatment technology and use of more safer chemicals. Chattopadhyay adds the findings will help people concerned to wake up to the need of providing better standards to improve purity levels of drinking water.