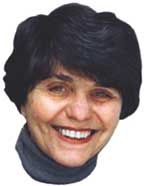 It's not uncommon for scientists to publish medical studies acclaiming the benefits of a drug without disclosing their financial ties with the drug's manufacturer. The Journal of American Medical Association (jama) is a critic of the practice. In 2008, the journal's Catherine De Angelis was even awarded the Catcher in the Rye humanitarian prize because of "her leadership on discussions of conflict of interests in medicine".

So it's quite shocking that jama's editors have passed a gag order on writers who question the credibility of research published in the journal. In an online editorial published on March 20, they wrote "We will instruct anyone filing a complaint to remain silent about the allegation until the journal investigates the charge."

The trouble started in May 2008 when the American journal published a study which acclaimed the benefits of the anti-depressant drug, Lexapro. jama did not disclose the the association of the study's lead author, Robert Robinson, with the American pharmaceutical firm, Forest Laboratories. The impropriety came to light after Jonathan a Leo, a scientist at the Lincoln Memorial University did a bit of googling and found that Robinson had served as a paid speaker for Forest Laboratories. jama told him that the matter would be investigated. After enduring five months, Leo reported the matter to the British Medical Journal. According to the Wall Street Journal, De Angelis rang up Leo and threatened to cut of access to its prestigious pages. De Angelis denies the charge.