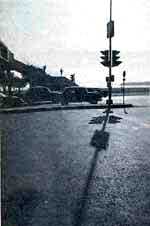 A PROPOSAL amounting to the "Balkanisation" of India was debated in the Indian Parliament on October 10. In the days thereafter, several research institutes, leaders of industry, and scientists rose in unison in support of the proposal. The raison d'etre -- apart from the usual psychological disorientation that different peoples under a single umbrella have to cope up with -- was conservation of energy.

A debate on the surgical separation of the country into different time zones, at the cost of the good old but notoriously undependable Indian Standard Timed (IST) has commenced ticking. The kickoff to a concept that has been hanging around quietly on the edges of the political arena was provided by B K Dattamajumdar, project director with the ministry of defence. He says, "The single standard time for the whole country should be abolished, with a view to changing the work culture in India."

The TERI study contends that with 2 time zones energy requirements would peak at different times, thus spreading the load, leading to drop in energy consumption by 5.7 per cent, amounting to an annual saving of Rs 400 crore.

The protagonists of the multiple time zone idea concentrated on northeastern states like Meghalaya, Arunachal Pradesh and Nagaland. They claim that the electricity saved can be diverted to a wider section of an energy-deprived public. A senior officer with Bharat Heavy Electricals Limited contends that the energy saved can take care of future demand projections, which would otherwise necessitate huge investments in new plants.

One of the divisions suggested is of a single zone created starting 67.5 degrees west flanking Gujarat to 82.5 degrees at Allahabad; and from Allahabad to the Indian border on the northeastern side (97.5 degrees east). Another option is fixing the time in Jammu as the IST (west) and Calcutta as the IST (east).

Apart from the demands for separate time zones, proposals for "daylight saving time", where standard time is advanced in summer for a particular region and clocks are moved forward, are also being mooted. This increases the daylight working hours, allowing a saving of electricity both at the workplace and the home.
But the multiple time zone may create problems. The major opposition is originating from the National Physical Laboratory (NPL). P Banerjee of the NPL says," There will be confusion. It would take a long time for the people to get used to the changes after crossing state boundaries. There are teething problems like train and flight timings."

Says B Haldar of the Positional Astronomy Centre, Calcutta, "There are simple solutions available. If the sun rises at 4.30 am in some parts in northeastern India, work there should commence at 6.30 am insterad of 9 or 10 am. The signing-off hours should be around 4 pm."

Industry has wasted no time, especially in the northeast. The Oil and Natural Gas Commission and several tea garden owners begin operations at 6.30 am. Pradeep Tiwari, assistant manager with a tea garden in the Kokrajhar district in Assam, says, "People here get up at 5 am and are off to bed by 9 pm. If work starts at 9 am and ends at 5 pm, it affects their efficiency."

The Central government is, however, maintaining a watchful silence. A senior Congress leader says, "If some consensus emerges, we might ask the NPL to conduct a study and give suggestions."