It bribed Indian officials to get approval for pesticides 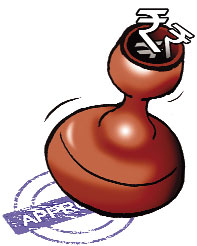 UNION agriculture minister Sharad Pawar has approved blacklisting of Dow AgroSciences India Pvt Ltd, a subsidiary of Dow Chemical of the US, on charges of bribing Indian officials for speedy approval of three pesticides.

“The government will exclude the company from the process of purchasing pesticides for the next five years,” an official in the agriculture ministry said. US authorities brought the matter to the notice of the ministry and had recommended blacklisting of the company. The US Securities Exchange Commission had indicted Dow AgroSciences in 2007. It fined Dow Chemical $325,000 for bribing the officials in India. The commission charged the company of violations under the Foreign Corrupt Practices Act for letting its subsidiary use funds for illegal activities in a foreign country.

During the period from 1999 to 2001, when Dow AgroSciences was known by the name DE-Nocil Crop Protection Ltd, it gave a sum of US $32,000 to an official of Central Insecticides Board and Registration Committee (CIBRC). The Board is in charge of approving pesticides in India for commercial use. The payment was made to expedite registration of three products, Nurella D, Dursban 10G and Pride.

The agriculture ministry issued a show cause notice, too, asking why Dow AgroSciences should not be blacklisted. The ministry also asked the registration committee of CIBRC to review the registration of these three pesticides afresh, according to an office memorandum sent in June this year by the Department of Agriculture and cooperation to the Department of Chemicals and Petro-chemicals. The insecticides are used for controlling insects in crops like cotton and oilseeds.

In June this year, the Central Bureau of Investigation (CBI) filed a chargesheet against R L Rajak, former plant protection adviser to the Centre and member of CIBRC, and Satyabroto Banerjee, consultant appointed by DENocil, in a court in Ambala, for accepting bribes. The ministry had referred the case to CBI. Dow is also party to the court case on cleaning the pesticide plant of Union Carbide in Bhopal.