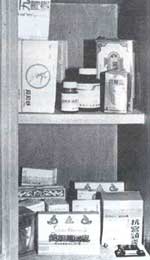 THE Chinese may not have found a cure for treating cancer, but what they have is the patient's well-being in mind. The Western drug researchers have reached a plateau in their attempts to find a magic pellet, but the Chinese doctors have utilised their traditional knowledge of herbs to improve the quality of life of the patients undergoing Western treatment.

Fu Zheng -- the Chinese way of treating cancer, lays emphasis on supporting the patient rather than suppressing the growth of cancer cells. The Chinese herbs are known to have a soothing effect on the trauma left behind by radio-therapy. A team of researchers at the Academy of Traditional Chinese Medicine in Beijing, led by G Q Yu, worked on the complementary effects of traditional Chinese medicines and modern therapy. Two areas of research exemplified by them were lung and gastric cancers.

A cocktail of 10 Chinese herbs were administered to the patients undergoing radiotherapy. These, when compared to patients in the control group receiving only radiotherapy, showed marked inhibitory effects on tumour growth. The herbs used ranged from asparagus root to safflower and the wolfberry fruit.

In a long term study of gastric cancers Yu and his colleagues concentrated on the human body ravaged by chemotherapy, radiotherapy and surgery. The 17-year study, showed a 53 per cent survival rate over 5 years for a combination patients, while those only on modern methods of treatment had a survival rate of 20 per cent over the same period. Here, the herbs used included red sage root and grassy privet. This remedy not only reduced the side effects of chemotherapy, but also strengthened the immune system.

Says Gilbert Shia of the Oxford-based Dao Fellowship, "We're not just talking about a 'feel-good' or 'feel-better' factor. The patient's well-being were measurable in that they actually lived longer. Their bone marrow appeared healthier. This is vital in maintaining a strong immune system."

There are about 400 herbs requiring identification. The Chinese doctors prescribe a number of herbs to be taken in the form of plant parts and some in the form of powder to be had as soup.

While the West is trying to find out the exact functioning of the herbal ingredients for possible commercialisation, Chinese doctors are going on with their peculiar treatment. Shia consoles his patients that the herbs would help in relieving their pain, but it might not cure them.