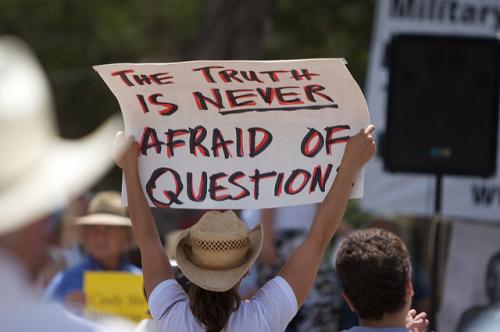 How would you rate and characterise 2016 in economic terms?

It was obviously an extremely difficult year for many countries, including South Africa.

From a South African point of view, the challenges are clearly reflected in a number of key economic indicators. Economic growth has slowed significantly and is projected by the country’s Reserve Bank to be close to zero for 2016. Unemployment reached 27%, the highest rate over the last decade.

South Africa’s economic challenges are largely a reflection of its inability to change in the light of global shocks. We have seen the persistence and evolution of the economic crisis emanating from the 2008 financial meltdown. South Africa’s policies have hardly changed to align with new global economic realities.

Fiscal, monetary, exchange rate policies and macro-prudential policies have essentially remained the same. This is due, in part, to the political strength of parasitic vested interests.

As a result, low economic growth, high unemployment and a strained fiscus have evolved to become a political crisis. This is partially reflected in the outcome of the 2016 local government elections and the increasing pressures around the country’s president, Jacob Zuma, and the governing African National Congress (ANC).

Globally the evolution of the economic crisis into political crises can be seen through the rise of populists like Donald Trump in the US and the Le Pen spectre in France. There is also general political instability in countries like Brazil and Turkey.

This simply confirms that, over time, economic pressures manifest as political crises. Leaders who fail to respond with effective economic strategies become the target as people express their anger politically.

How is South Africa dealing with the prevailing crisis?

South Africa is not doing very well. Unfortunately the country’s underlying economic structure has not changed for the last 40 to 50 years, largely surviving unscathed in the transition to democracy.

According to World Bank data South Africa has, on average, produced economic growth of zero percent on a GDP per capita basis in US dollar terms for over nearly half a century. The country has also performed badly, in relative terms, on industrial upgrading. And this goes to the heart of South Africa’s difficulty to navigate the prevailing economic conditions.

But there is hope. Increasingly a certain strata of the black elite is beginning to question the prevailing economic arrangements in the country. And there is a visible fracturing of the elite as the mainly white dominated economy struggles to accommodate the aspirations of the rising black elite.

We have seen that to a degree with the student protests. The aspiring middle class are demanding to be accommodated in the economic arrangements of the country. African children are clearly no longer happy to be merely hewers of wood and drawers of water.

This brings hope that, over time, the prevailing economic arrangements will be forced to accommodate an increasingly militant section of the black elite. This may lead to positive change.

What in your view were the highlights for the year?

The continued, and seemingly, successful rebalancing of China’s economy has been the highlight of 2016.

I’m of the view that China is set for a recovery that will surprise many over the next five years. And over the next decade the scope and scale of China’s economic recovery will see the Asian giant emerge as the dominant global economic and political power.

But China’s next growth trajectory will no longer be commodity intensive. This is because its cities and general infrastructure are pretty much built. The country is now focusing on moving up the economic value chain into advanced manufacturing, services, innovation and high technology activity.

Therein lies a lesson for countries like South Africa that suffer from the commodities curse and need growth to accommodate the aspirations of the emergent black elite. They must make every effort to diversify away from erratic commodity driven growth into value added manufacturing and innovation. This will help the country transition to inclusive, high growth.

Some significant shifts have brought the viability of the South African extractive state into question. Since the 1960s the country’s stock of natural resources per capita has dwindled significantly. The country has seen massive population growth from about 20 million people to about 57 million. Yet essentially all there is to serve them is a depleting stock of natural resources. No large country with a population above 50 million has reached developed status by relaying on extractive industries.

South Africa remains essentially an extractive economy. And despite a stagnant economy and protestations by the emergent black elite, fiscal, monetary, exchange rate and macro-prudential policies protect the vested interests of the white dominated parasitic elite. This contributes to economic growth and diversification being frustrated.

But the world economy is becoming knowledge intensive. Strangely, the defenders of the status quo in South Africa wish to maintain, within a democratic framework, a growth path that emphasises resource extraction, for consumption by the racialist elite. It’s essentially asking the African majority to voluntarily consent to the exclusive consumption of their resources by the white dominated elite.

What this means is that the government must challenge the political and economic dominance of the unproductive racial economic hierarchy which relies on control of the banking and extractive industries for its dominance. The very survival of the modern South African state and the liberal framework requires no less.

Unless this happens, the dye is cast. My sense is that the increasingly assertive black elite will accept no less than a fundamental transformation of the prevailing economic arrangement.

Unfortunately it is more of the same.

Over the next five years the economic crises in a lot of countries will intensify. The populist upheaval that you are seeing throughout the world is likely to continue if inequality and slower growth are not tackled.