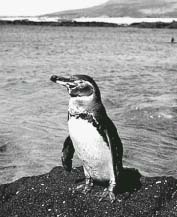 The bureau of the World Heritage Committee has recommended that the Galapagos Marine Reserve should be given the status of a heritage site of the United Nations Educational, Scientific and Cultural Organisation ( unesco). The ongoing conservation efforts in the reserve would get a boost if the committee accepts the recommendation, which was made in the wake of increased incidents of poaching in the area (see, 'Paradise in peril' Down To Earth , Vol 9, No 11, October 31, 2000). "We hope that this decision will increase awareness among the international community about the need to protect the Galapagos islands from political and economic interests that have been largely blind to the preservation of this rich habitat," said Paul Watson, president of Sea Shepherd patrolling company, which is responsible for protecting the reserve.