For the American bollworm, a common cotton pest 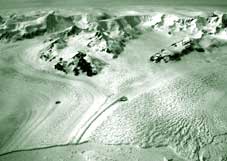 a team of scientists from Nagpur-based Central Institute for Cotton Research (cicr) has developed a kit to help choose the right insecticide to control the American bollworm (Helicovarpa armigera). Resistant to most pesticides, the bug poses a big challenge to cotton cultivators not only in India but worldwide.

The pest's resistance to insecticides owes to their indiscriminate and excessive use. In a study published in 2001 (Journal of Economic Entomology, Vol 94, No 1), Keshav Raj Kranthi, the head of the team, had found various strains of the pest were resistant to pesticides such as pyrethroid, deltamethrin, cypermethrin, fenvalerate and cyhalothrin. Pyrethroid resistance was high in strains collected from the districts in Andhra Pradesh where a majority of the cotton farmer suicide cases occurred. "Many farmers use unnecessary pesticides and their cocktails, spending huge money. With our kit, they can discard the ineffective ones," says Kranthi.

Of the total pesticides used for cotton crops in India, about 85 per cent is used only in 28 districts in the main cotton-growing regions.

The kit -- the first of its kind in the world -- consists of 15 dipstick strips, an extraction buffer, a few vials and a pestle. It costs a mere Rs 15 and is simple to use. "All the farmers have to do is pour the extraction buffer liquid into a vial, put the bollworm larvae in and crush with a pestle, then dip the green end of the dipstick into the solution. If, after some time, the stick develops two bands, it would mean that the particular pesticide wouldn't have any effect on bollworm. If it develops one band, then it works.'' says Kranthi. There are different kits for different pesticide groups.

The kit project has been funded under a un programme to control the American bollworm. "We are now trying for its product patent,'' says Kranthi, hoping cicr can export it in a big way.

cicr is planning to train the villagers for better management of pesticides by demonstrating how to use the kit in the 28 cotton growing districts. The Union ministry of agriculture will help it implement the programme.

Earlier, cicr had developed a kit to detect pesticide residues in food samples and another one to help farmers spot fake varieties of Bt cotton.