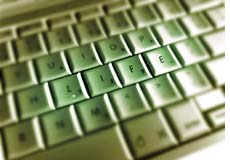 If a consortium of scientists has its way there will be a Wikipedia style database for the natural world soon. An effort to collate information on the 1.8 million species of animals, plants and other forms of life into a single online database was launched in May, this year. Over the next 10 years, the Encyclopedia of Life project will create web pages for all these species. It plans to provide multimedia information for many of them, including video, sound, images, graphics and text.

The consortium includes taxonomists from the Smithsonian Institution Field Museum, Harvard University and Missouri Botanical Garden. The Atlas of Living Australia, a web-based encyclopaedia of Australia's biodiversity, is also on board. "Most of the pages that we will have will be created via collaborations with websites and data sites that already exist,'' says Breen Byrnes the project's public information officer. But according to M S Chaitra, project assistant of the Centre for Ecological Sciences, Indian Institute of Science, Bangalore, "The project should try creating an interface to connect all independently available databases together, because information is always with a few people. For instance, a molecular biologist will have gene data but not full details of species and among biologists there are taxonomists who have spent their entire life working on one genera or family from a particular region and one initiative to reach all of them is almost close to impossible."

E O Wilson, emeritus professor of Biology at Harvard, points to another challenge: "The figure of 1.8 million species is 10 per cent of existing species. The site should try to make information available about all species."