Is it too soon to celebrate Germany’s almost 100% renewable power?

For a few minutes, the entire power demand in the country was met by renewable energy, but the celebration should not begin yet 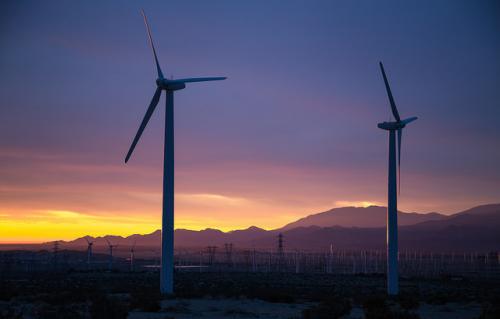 Germany’s power demand was almost met completely by renewable energy, but only for a 15-minute-window. Renewable energy supplied 45.5 giga-watts (GW) from the country’s total demand of 45.8 GW and the move is being hailed as a huge achievement and major milestone for the country.

The milestone was achieved because of the “Energiewende” policy to boost renewable energy in the country. Energiewende policy introduced the concept of high feed-in tariffs for renewable power generation and provided priority access to the renewable power in the grid. The policy managed to create a market for both wind and solar power in the country and today 35 per cent of power (on an average) is supplied from renewable resources. In July 2015, briefly, the country was able to meet over 70 per cent of its electricity demand using renewable energy.

This achievement is not uncommon in Europe. Investment in renewable energy is a worldwide phenomenon since it reduces the nation’s carbon emissions and increases energy security while simultaneously reducing dependence on energy imports. In 2015, Denmark’s wind farms provided for around 140 per cent of demand. No coal power plants were meeting electricity demand in United Kingdom for a period of four hours on May 10 as a result of plant breakdowns. Portugal was powered by just wind, solar and hydro-generated electricity for 107 hours last week itself. However, these achievements pale in comparison to Costa Rica. The country was using only clean energy for 75 continuous days in the first quarter of 2015.

The German achievement of renewable energy meeting 100 per cent (almost) of the demand comes with a set of issues. It is clear that, in this case, renewable energy was oversupplying and it might be a singular happening. The power grid was able to export excess electricity to other countries but it might not happen every time. The intermittent and unpredictable nature of renewable energy has put immense pressure on the grid.

It also shows the need for investment in technologies for energy storage. Germany still operates many coal and nuclear plants and in the time of oversupply, when the grid cannot handle the excess power, it will not be possible for coal or nuclear power plants to shut down. The wind and solar plants will, hence, have to be cut off from the grid. To the same effect, Germany paid companies around 478 million Euros to pay for the non-recovered power, according to a survey done by Wirtschaftswoche for the four network operators in Germany.

The report highlights the need to invest in technologies of storage and for predicting the generating pattern of solar and wind installations.