Power demand is back and it is not all green 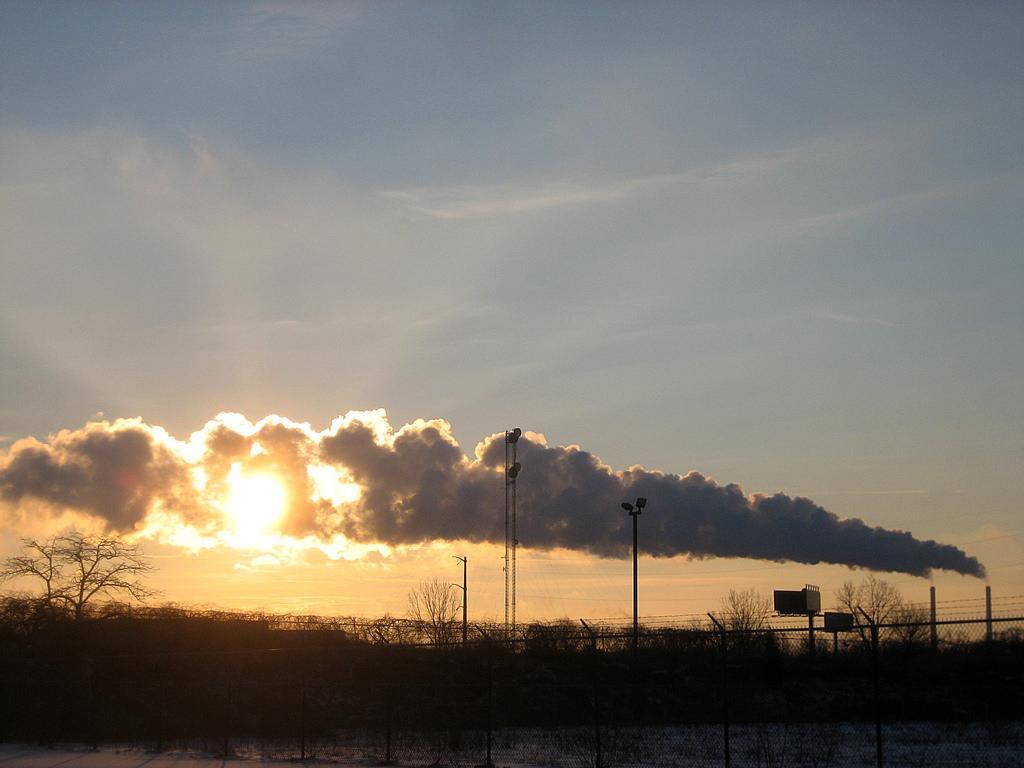 The global electricity sector has bounced back after a decline induced by the novel coronavirus disease (COVID-19) pandemic. And so has emissions from the sector in the first half of 2021 — 12 per cent over the same period last year and 5 per cent over the first six months of 2019.

Solar and wind met 57 per cent of the growth; still coal-fired power constituted 43 per cent. This resulted in a carbon dioxide (CO2) emission surge of 5 per cent, keeping the status quo in the CO2 emission intensity and indicating a failure of ‘green recovery’.

The recovery amid the pandemic in the power sector was hardly green. In some economies like the United States, the European Union, South Korea and Japan, absolute CO2 emission reduction has been recorded from the electricity sector.

This was primarily because the sector shrank from pre-COVID-19 levels; some coal-based sources were also replaced by solar and wind.

Countries with an absolute rise in electricity demand have all recorded ‘grey recovery’. China topped the chart of grey recovery with almost 70 per cent of its increased demand met by coal, data showed. 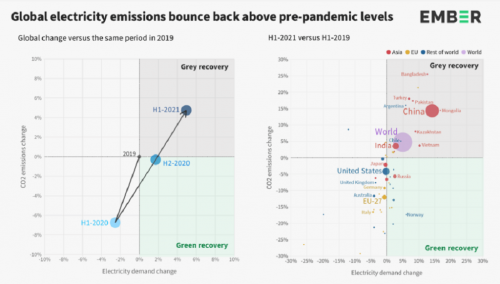 The above analysis by Ember, an independent climate and energy think tank, showed no country in the world has been able to achieve ‘green recovery’. This means no place saw a reduction in overall CO2 emission from the power sector with increased demand.

The aberration of Norway and Russia being seen in the green recovery zone is primarily due to substantial precipitation and rise in hydro power, rather than any structural move towards variable renewable energy.

India, though positioned in the grey recovery quadrant, has one of the lowest growths in energy demand (3 per cent in first half of 2021 over that of 2019) among rapidly developing economies. Almost 72 per cent of this additional demand has been met by renewables.

However, coal energy generation increased by 4 per cent to meet the remaining demand and also to meet the substantial reduced generation from hydroelectric sources in 2020.

The world should not be complacent of solar and wind constituting more than half of the growth of electricity sector. Climate change threat and urgency has been established as a real-time importance and not a matter of future-projection. In this light, the world should critically examine, what should be the reason investors are putting nearly half of their money flow to the growth of the coal and gas sector.

The business-as-usual rise of CO2 emission from the power sector is raising serious questions about the world’s capacity to contain global warming within 1.5 degree Celsius over pre-industrial levels.

International Energy Agency’s ‘Net Zero Road Map’ showed that coal needs a decline of 14 per cent on a year-on-year basis and advanced countries should transition 100 per cent to clean electricity by 2035.

These goals seem to be distant dream. So are we embracing a 40C+ scenario invariably and are on the verge of nearly half the human populations being wiped out from the planet by the end of the century!