Enter the age of bionics

With just the right battery, hearts will never skip a beat 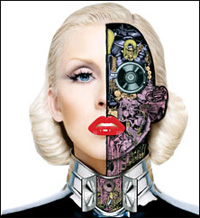 ONLY after four hours of delicate surgical procedure will a pacemaker fit into a patient’s chest. The cost, including hospitalization, can vary from Rs 50,000 to Rs 600,000 depending on the kind of pacemaker required and the hospital services. Sujay Shad, senior cardiac consultant and surgeon at Delhi’s Sir Ganga Ram Hospital, said: “The battery of the pacemaker must be changed every fiveten years. This is routine surgical procedure, requires three to four stitches.”

But it will cost, at least, Rs 50,000. The most common implants today are pacemakers, cochlear implants, urinary sphincters and artificial hearts. These devices need a constant supply of power to remain operative. These make implants cumbersome and uncomfortable and may require periodic surgeries.

The implants are like one’s personal computer. In case of a power failure, its CPU (central processing unit) stops working, the computer dies. The person with a pacemaker can be thought of as this computer, the pacemaker as the CPU and the battery as the power supply.

“The use of implants has increased tremendously in the last 10 years and the future will see more bionics in our bodies,” said Shad.

Plug and play is cumbersome

Researchers are trying to find alternative ways to power such implants. Georgia Institute of Technology in Atlanta utilized the mechanical energy from heartbeats to power a warning system for low blood sugar levels. In the experiment, a single-wire nanogenerator was implanted successfully in the heart of a rat but the energy produced was very low. The nanogenerator worked like a minute mechanical harvester that generated electricity from heartbeats. The generator used zinc oxide nanowires. Zhong Lin Wang, an author of the study, explained, “As long as the device can generate enough electricity as driven by muscle stretching, it can power any electronic device.” The study appeared in the March issue of Nature Nanotechnology.

Another idea in the form of biological fuel cells (BFCs) is fast gaining ground. A BFC is essentially a device that converts chemical energy into electrical energy. Unlike fuel cells that work on the same principle, BFCs use bio-molecules like enzymes or living organisms like microbes as catalysts in the reaction. BFCs are aimed for use in the bioremediation method for wastewater treatment, for powering vehicles and for powering implants. Glucose-based fuel cells (GBFCs) are noteworthy as examples.

GBFCs are being studied since the 1960s to harness what is so easily available to the human body—glucose and dioxygen, naturally present in the extracellular fluid (ECF). The key advantage of such a setup is the abundant availability of the reactants in the body. This does away with the need for regular replacement or recharging. The only flaw so far has been the extremely low power generation.

A GBFC may resemble a thin membranous patch with embedded electrodes. The cells work like a typical electro- chemical cell with an anode and a cathode, both enzymes, in an electrolyte. When electrons move from cathode to anode, electricity is genera - ted. A team of electrochemists from the Universite Joseph Fourier in France successfully implanted a GBFC in the abdominal cavity of a rat, close to the spine and measured its performance as a fuel generator. Inside the membranebound device, the cathode stole electrons from glucose in the ECF and drove them to the anode. The anode used the electrons to reduce dioxygen into water. The movement of the electrons in the circuit produced power.

Serge Cosnier, an author of the study, said: “The experiment was able to obtain a peak specific power of 24.4 micro-Watts/ millilitres which is sufficient to power a pacemaker.” Results were published in the May issue of PLoS One. “There are several types of GBFCs that have been developed, but not tested on animals, because the ECF contains chemicals that may inhibit efficiency of the enzymes,” said Philippe Cinquin, another author of the study.

Sven Kerzenmacher, group leader for biofuel cells at the University of Freiburg in Germany, works on implantable GBFCs. He said, “For practical applications, both longevity and biocompatibility of this concept is important. If successful, future medical implants may be powered by the body’s own glucose by means of an implantable GBFC and the regular replacement or recharging of spent batteries will be unnecessary.” He was also successful in implanting the GBFC in a dog providing about two micro-Watts per square centimetre for two days. This portrayed improved longevity but the power was insufficient for an implant.

Shad said power is not the only problem with implants: “A bigger problem is protein deposits on the devices; it leads to implant failure.”