Did you know about public toilets that turn urine into electricity?

The researchers plan to test these urinals in India or in some regions of Africa, especially at refugee camps 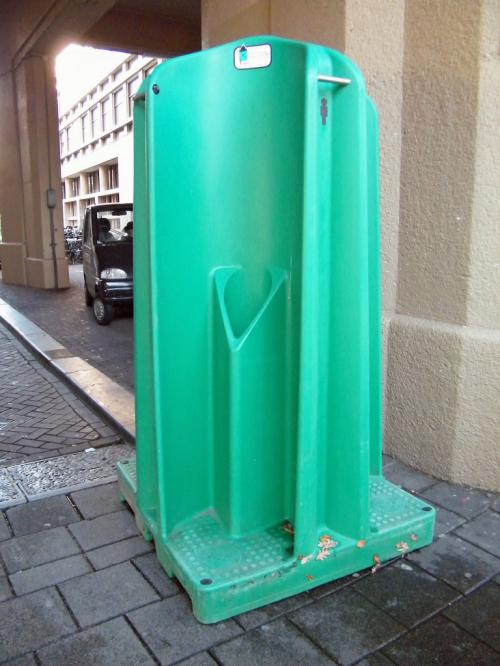 You may have read about success stories of communities harnessing excreta to produce biogas. A team of scientists has taken a step forward and created a public urinal that generates its own electricity through urine.  While the project is still in the trial stage, the objective of the electricity-generating urinal is to help in improving sanitary facilities in developing countries and conflict zones.

According to a study, conducted by researchers at the University of the West of England (UWE), Bristol, electricity is harnessed from urine through bacterial metabolism. The microbial fuel cells (MFC), invented by the researchers, have anodes and cathodes. These fuel cells are stored in a urine-collecting container. Inside the container, the bacteria act as a catalyst, helping in the decomposition of urine and release of protons and electrons.

While protons travel from the anode to the cathode, electrons travel through an external electrical circuit, creating energy. The cycle of energy generation is complete when an oxygen reduction reaction takes place in the cathode. The process generates enough energy to power light bulbs or LED tubes.

To test the electricity-generating urinal, the researchers carried out two field tests: one at the campus of the UWE, with limited numbers of users, and another at Glastonbury Festival when it was tested by around a thousand users per day.

In both the cases, the electricity generated was used to illuminate the interior of the cubicle where the urinal was installed. While the urinal at the university campus generated an average of 75 milliwatts, the one installed at the festival generated 300 mW. The results of the trial showed that the energy generated from the collected urine was enough to keep the LED bulbs of the cubicle working. Moreover, the chemical oxygen demand (COD) removal was above 95 per cent at the campus and around 30 per cent at the festival.

Currently, the cells are installed inside containers that collect urine only from male users due to the design of the urinals.

Plans for India and Africa

The researchers plan to test these urinals in India or in some regions of Africa, especially at refugee camps and in communities where toilets lack lighting. "The ultimate purpose is to get electricity to light the toilets, and possibly also the outside area, in impoverished regions, which may help improve the safety of women and children, in countries where they have to use communal toilet facilities outside their homes," says Loannis Leropoulos, the Director of the Bristol BioEnergy Centre (BRL, UWE), who leads the research.

Arguing that the potential of this invention is huge, Andy Bastable, head of Water and Sanitation at Oxfam, says, “It is always a challenge to light inaccessible areas far from a power supply. This technology is a huge step forward. Living in a refugee camp is hard enough without the added threat of being assaulted in dark places at night.” The field tests in the poor countries will be done in collaboration with Oxfam and other organisations.

While urine is being pitched as an electricity generator and an alternative to fossil fuels, the cost of installing such a public urinal may be the only deterrent. It could cost about US$ 2,000 to set up one such unit. Expensive materials, especially cathode (partly made with platinum), can hinder adoption of these urinals among poor and developing countries. In sub-Saharan Africa and other conflict-ridden areas, where people barely make $2 a day, how can this model work for them? Leropoulos, however, wants us to see the long-term benefit of such urinals. According to her, “this technology is, in theory, everlasting”.