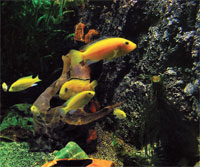 If we do not address the damage caused by humans, we could lose the beautiful underwater worlds. That’s the message of Planet Ocean, which premiered in Sydney on June 26. The film, which examines the state of the planet’s oceans while showcasing their beauty and diversity, uses breathtaking imagery to share marine regions and environments with an audience that would otherwise never see them.

David Hannan, Australian underwater filmmaker and a co-director of the film, told Australia Network that the film’s stunning imagery is a ploy to spell out what the world could lose if the issues of marine pollution, overfishing and other human-inflicted damages are not addressed.