Bugs the next green superfood?

All one needs to do to reduce CO2 emissions, improve health and deal with global food crisis is eat bugs. That is the belief of a group of scientists from the Netherlands’ Wageningen University. They have created recipes for quiche with mealworm, chocolate pralines with buffalo worms and springrolls with roasted grasshoppers. The bugs, the scientists, believe could replace expensive meat.

Rejected by the EU, Canada’s seal industry has found a market in China, the world’s largest seafood consumer. Korea and Japan are the only other countries that import Canadian seal. The EU, which consumed a quarter of the seal products, banned it last year saying seal hunting is barbaric.

Environmentalists have sued the US for approving a solar power plant in California’s Mojave Desert. They allege the project will destroy habitats of the threatened desert tortoise and other rare species. The 392 MW plant can power 140,000 houses.

Alaskan native groups are planning legal action against the US government for allotting 484,000 square km in the Arctic as critical habitat for polar bears. The groups say delayed offshore drilling projects in the region would affect their employment chances. Firms like Shell want to drill the area for oil. Polar bears are suffering habitat loss due to global warming.

South Africa recorded 172 per cent rise in rhino poaching in 2010, with 330 rhinos shot dead, compared to 122 in 2009. Rhinos are hunted for their horns, believed to be an aphrodisiac in some Asian cultures. South Africa is home to 21,000 rhinos, the largest population for any country.

Despite calls for a moratorium by scientists and environmentalists, the UK government is going ahead with its plan to extract shale gas in Lancashire. Protesters say drilling for the gas, found in shale formed from deposits of organic matter, could contaminate groundwater and cause cancer. Lancashire could provide up to 10 per cent of the UK’s gas supply.

In a bid to curb pollution and traffic congestion, authorities of Paris plan to ban or heavily tax sports utility vehicles and old vehicles in the city. Similar measures have been taken in London.

Indonesia’s president has urged his countrymen to grow chillies to counter its five-fold rise in prices over the past year. A kilogramme of chilli, an essential ingredient in Indonesian cuisine, costs US $11. The rise is due to pests and bad weather.

Taiwan withdrew US beef products from markets after detecting a controversial drug in them. Paylean, which makes animals develop muscle tissue faster, is banned in Taiwan as one of its ingredients causes palpitations and hypertension. Twenty six countries, including the US and Australia, declare it safe.

Thailand has closed many diving sites to allow coral reefs in the Andaman Sea to recover from bleaching. Half of southern Thailand’s 15,000 hectares of reefs are suffering due to rising sea temperature.

Japan has dropped plans to start a national emissions trading scheme in 2013 after intense lobbying from business groups that warned of job losses. The scheme aimed to cap the amount of pollutants that firms may emit. Japan is the world’s fifth largest emitter of greenhouse gases.

Municipal authorities of Armenia’s capital city have banned street trade. They say the trading is illegal and open air vending harms people’s health. Over 10,000 of the one million people in Yerevan risk losing their source of income after the police cleared sidewalks of people selling fruits, vegetables and newspapers.

Papua New Guinea granted the world’s first deep sea mining lease to a company in Toronto. The 59 square km reserve in the southwestern Pacific Ocean is expected to yield 800,000 tonnes of copper and 5,600,000 grammes of gold a year. Environmental impacts of such mining are not fully known but scientists say it raises toxicity of water.

Australia’s indigenous people have officially formed the country’s first political party. The First Nations Political Party will contest the next federal elections. Indigenous Australians account for 2.7 per cent of the country’s population of 21 million.

An eco-friendly label has been unveiled that tells how much wind energy was used to make a product. Called WindMade, it was presented at the World Future Energy Summit in Abu Dhabi by wind energy companies and green groups like Vestas and WWF. 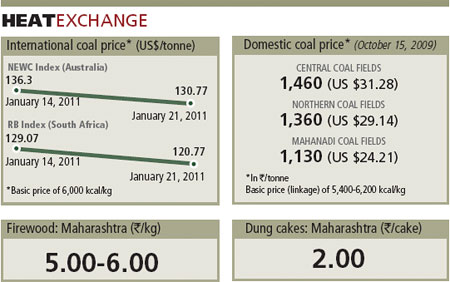