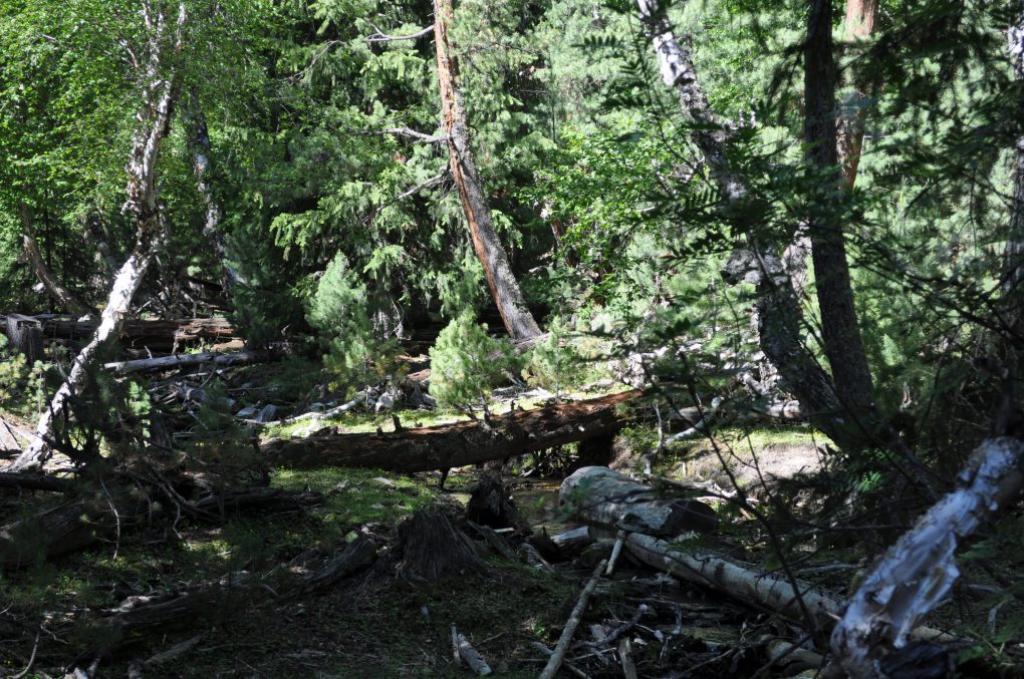 Flash floods can be devastating, tearing down everything in their way. Credit: Zofeen T Ebrahim

After a mild but long winter with little snow, communities in the mountains of Pakistan’s region of Gilgit-Baltistan (G-B) are experiencing a scorching summer this year. Suddenly, the place was in the throes of a “heatwave with temperatures reaching an unprecedented 45 degrees Centigrade,” said Syed Zahid Hussain, a former project manager for a UNDP- GLOF (glacial lake outburst flood) project in the region.

Now the meteorological office has sounded a warning to G-B and other areas in the north of Pakistan to get ready for a very wet rainy season. “We have already sent weather alerts to the provincial disaster management authority (PDMA) in Khyber Pakhtunkhwa (KP) and in Gilgit-Baltistan to prepare for flash floods in the Malakand and Hazara divisions,” the government’s climate advisor, Ghulam Rasul, who is the director general of the Meteorological Department of Pakistan, told thethirdpole.net.

While flash floods and landslides have always occurred in Pakistan’s mountainous terrain, the frequency and the intensity have increased exponentially. 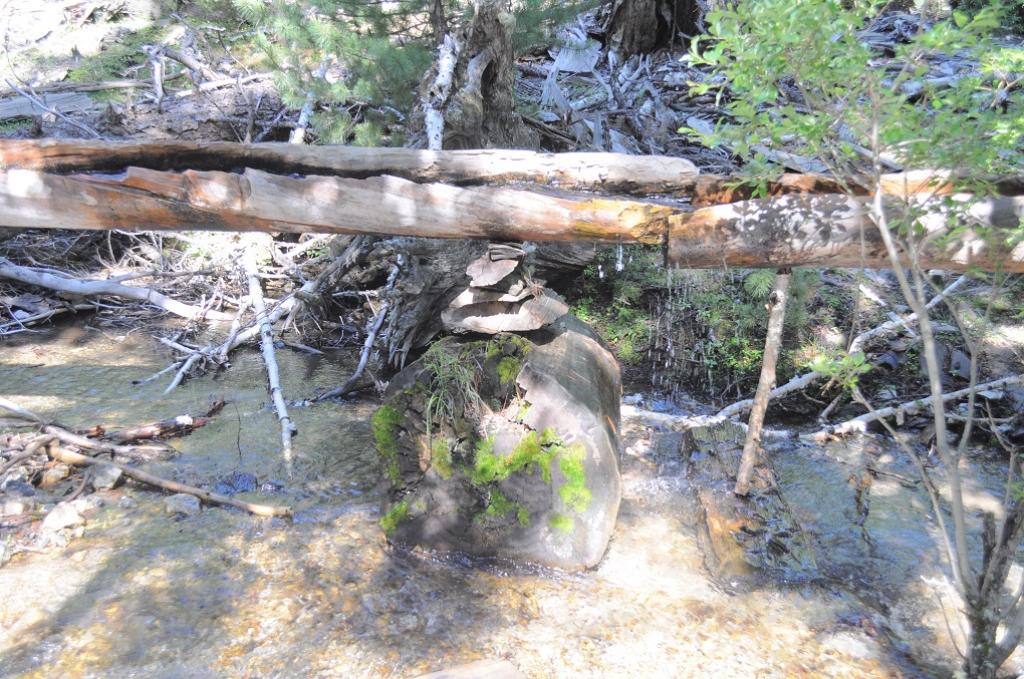 And when flash floods happen they can be devastating, annihilating anything in their path. Setting up effective early warning systems in remote areas is now a matter for survival for communities in northern Pakistan – and the government is slowly beginning to take action.

Alibash Khan, a social activist belonging to KP’s forested Shangla district – located 2,000-3,000 metres above sea level – has witnessed these floods. “The roaring deluge brings with it not just huge boulders, trees and tons of loose soil, like it did in olden times, but often sweeps away our wooden watermills (used to grind grain) and even parts of microhydro power plants”. He said the water looks “dark, kind of smoky and the rumbling sound can scare even the hardiest of souls.” 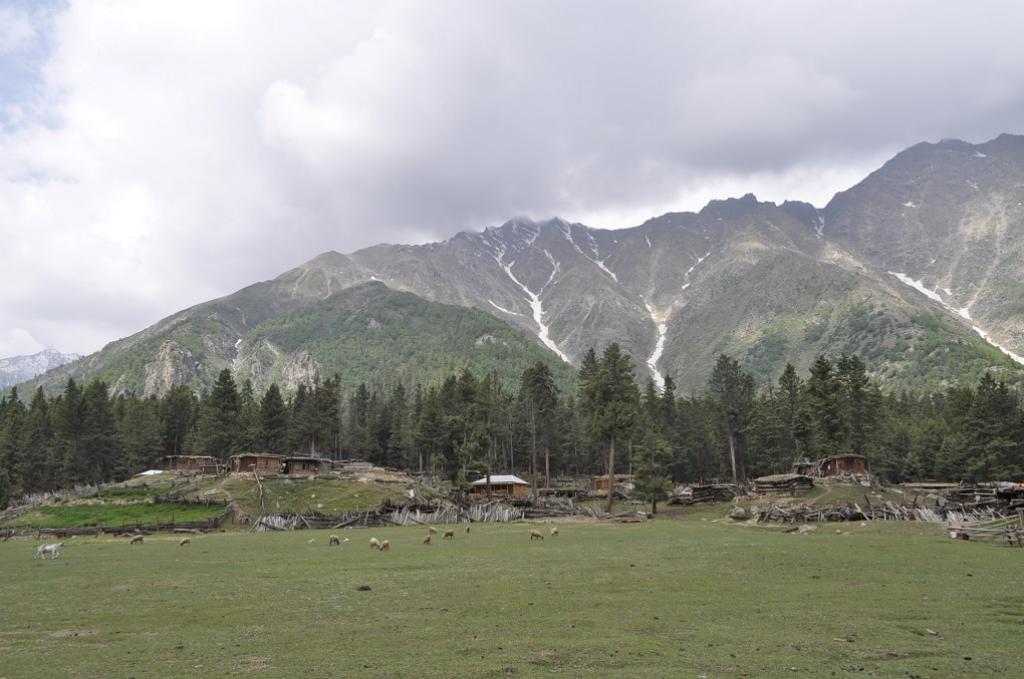 Fahad Saeed, climate modeller and data manager at Berlin-based Climate Analytics, told thethirdpole.net that climate change has increased the risks of flash flooding in Pakistan’s mountainous north both directly and indirectly. “We know that the moisture holding capacity of the atmosphere increases with global warming.” This, he said, meant unusually long dry periods, followed by heavy rain and flash floods.

Thunder and intense lightning have become more common in northern Pakistan, including in Shangla, an area in the Himalayas ensconced by high mountains and narrow valleys, but which falls in the monsoon belt, unlike G-B.

Climate change is also changing the patterns of the jet-stream (the fast flowing, narrow, meandering air currents in the upper atmosphere) explained Saeed, which indirectly affects rainfall in the mountains of northern Pakistan. The record-breaking floods of 2010 in Pakistan were caused by a specific pattern associated with the jet-stream, he said.

Communities are clearly going to have to be much better prepared to deal with whatever the weather will bring in the future – and better early warning systems are a big part of this. In Shangla, Focus Humanitarian Assistance (FOCUS) Pakistan, an agency of the Aga Khan Development Network (AKDN), has been preparing communities to respond to these natural calamities. Khan was among the team that trained the villagers about community based disaster risk management. This was part of a one-year project that finished in June this year, including safety for schools. “Our region is in the throes of one natural disaster after another. There is no turning back. If the communities are aware and better prepared to respond to these calamities, the loss of lives and livelihood can be minimised,” Khan told thethirdpole.net. He pointed out that during training he realised many people didn’t know how to keep safe during thunderstorms. 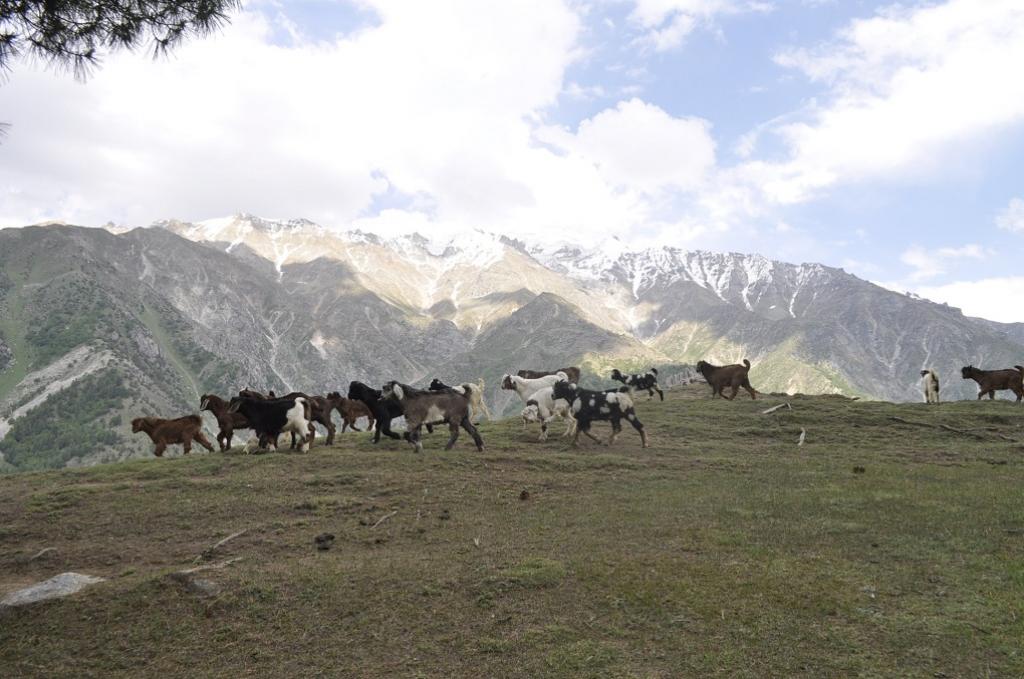 For now the early warning system (EWS) for flash floods in Shangla is still very basic. “Each police station informs the one below by telephone. At the same time, the police sound out loud sirens or use the mosque loud speakers to warn the villagers to take caution,” said Khan.

The warnings include practical but important reminders to stay away from streams and even channels that have dried up, not let the livestock stray to those areas either, stock up on food and first aid as relief and aid cannot reach immediately, keep numbers of emergency and rescue organisations affixed to doors, he said.

Of the 145 districts in Pakistan, more than 50 come in the direct path of flash floods during the monsoon season, between July and September each year, according to the National Disaster Management Authority (NDMA).

Khan blamed the 30 to 40 years of continuous chopping away of trees leaving the slopes “naked”  that has resulted in frequent flash floods. “People finally realised what they had done after 2010 floods and are carrying out tree plantation,” he said.

While the mountains in G-B never had a dense forest cover like Shangla, Hussain believes global warming has “disturbed” the region’s “fragile” ecosystem. 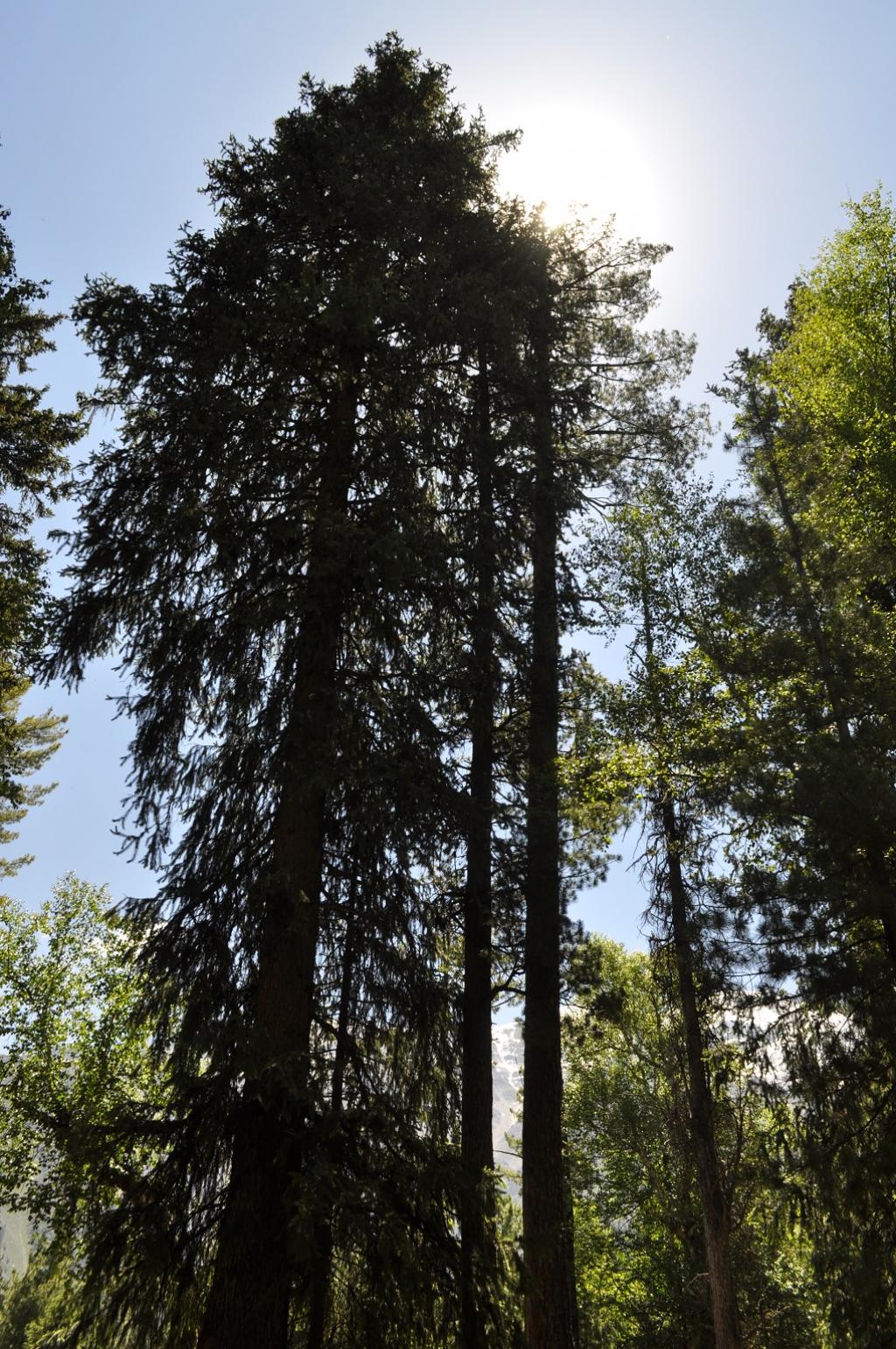 “When snow falls in the latter months of winter, it never gets a chance to harden. When temperature increases or when it rains, these glaciers hanging on hills develop cracks and break and fall into the river or onto villages which have developed along the waterways, where the land is very fertile,” explained Hussain.

Since last month melting of glaciers have resulted in flooding and the formation of an artificial lake in Gilgit Baltistan, blocking a river, resulting in damage to roads, crops, homes and leaving villagers stranded.

Hussain blamed the government for allowing people to build homes or farms alongside the waterways. “So what if they had remained dry for two or even three decades, these are natural water channels and may flood anytime,” he reasoned. 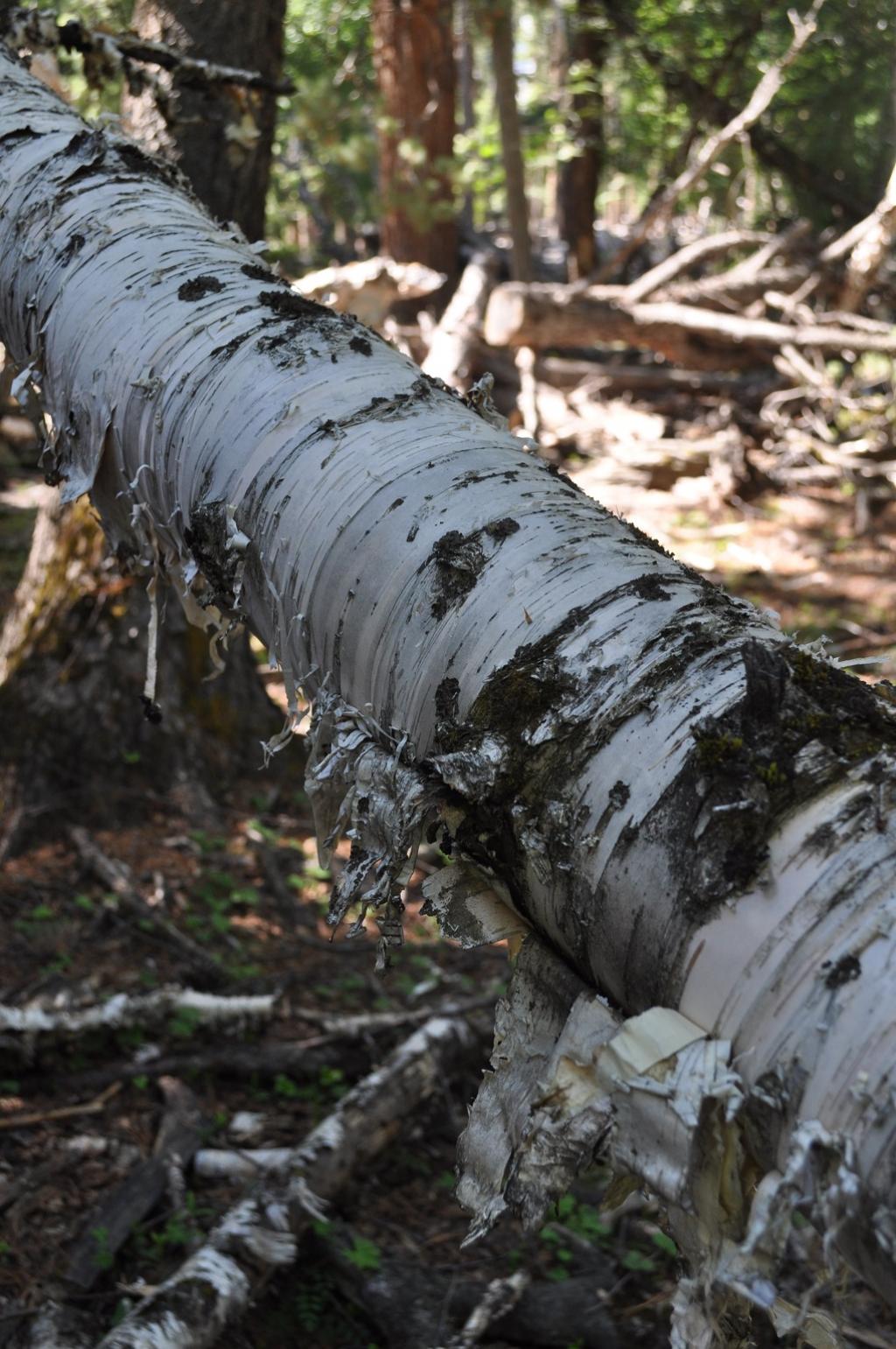 And unlike river floods, flash floods come without warming. “The maximum you can predict this phenomenon is just six hours before it happens,” pointed out Badar Ghauri, professor at the Islamabad-based Institute of Space Technology.

So how can early warning systems help?

“There are no foolproof EWS anywhere for flash floods, and often mountain ranges obstruct the radar coverage,” said Rasul. What is more important, he said was strengthening ground observation and monitoring to improve forecasts and buy time for villagers. “But it is easier said than done since the distance between valleys is often immense.”

For now there are seven radar systems installed across Pakistan for weather forecasts, although many are in the pipeline. In addition, two radars of 450 km coverage range each — one in Islamabad that is already running its test operation, and the other in Karachi which will be completed by 2020 — will also improve PMD’s data collection efforts.

Rawalpindi’s Nullah Lai (variously spelt Leh), a hill torrent flowing through Islamabad and Rawalpindi from the Margalla Hills prone to frequent flooding, is the only place in Pakistan which has a fairly sophisticated EWS, although it is was set up back in 2007.

“It is still working well although it’s time it was upgraded since the shelf life of such systems is about ten years,” said Rasul. “Since then, the loss of life and damage to property has reduced considerably,” he pointed out. The EWS cost USD 5.5 million from a grant by the Japan International Cooperation Agency. In 2001 before the EWS was put in place, 74 people were killed. Although it has flooded several times after that, no loss of life or huge property loss has been reported. The main reasons are that the drain is desilted every year and all permanent encroachments were removed.

The six rain gauges and two water level gauges that sit in Lai stream take measurements every two minutes and this data is then transmitted to a control room in Islamabad, at the PMD’s headquarters. Evacuation warnings and instructions are then sent through loudspeakers.

Rasul said no EWS would be effective if the community is not ready to respond to the warning. “It is paramount that when the EWSs are being installed, the community of that area is trained for disaster management.” 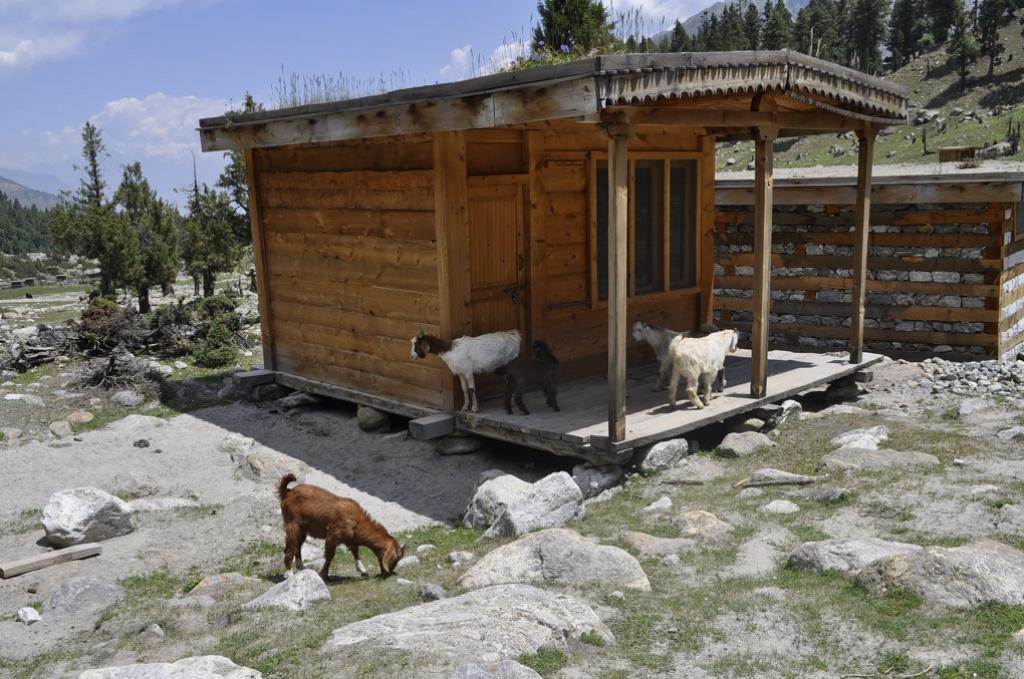 Since 2007, prior to the onset of the monsoon season when the channel is cleared of silt, the community around Nullah Lai have to take the mock drills. “It’s a very participatory exercise,” said Rasul with people actually moving to shelters. He said the government hopes to replicate the same model in Gilgit Baltistan.

In the next three years the PMD plans to install another eight radars in Gilgit, Skardu, Chitral, Cherat, and Gwadar. The other three at Multan, Sukkur and Lahore will be financially supported by Japan. In addition, there are already 50 weather stations and with the help of the World Bank 400 more will be set up. The oldest one, installed in Sialkot in 1978, in the Punjab province, is also being replaced and will be ready in two years.

Rasul said an advanced weather forecasting system was the need of the hour, given that Pakistan consistently falls among the top ten most climate vulnerable countries. “Once everything is in place, we will be well equipped to fight climate change,” said Rasul enthusiastically.

Ten years back, he said, PMD had just two people with PhDs, today there are 25 specialising in hydrology, glaciology, seismology and others. We have developed linkages with experts outside Pakistan so there is a continuous sharing of knowledge.”

And it seems the government is quite serious. The National Disaster Management Authority developed a comprehensive EWS plan in 2012. The radars being installed by the WB and the GLOF project are all underway as part of the plan. In addition, a rainwater harvesting project was recently completed in the Potohar plateau, check dams were built in Chakwal district, and in the Suleiman Range both ponding and check dams was carried out. Most of these are project based and the plan cannot be carried out in a integrated manner since the cost is huge (USD 1 billion). So smaller projects from the plan are drawn, submitted to donors and carried out once approved. 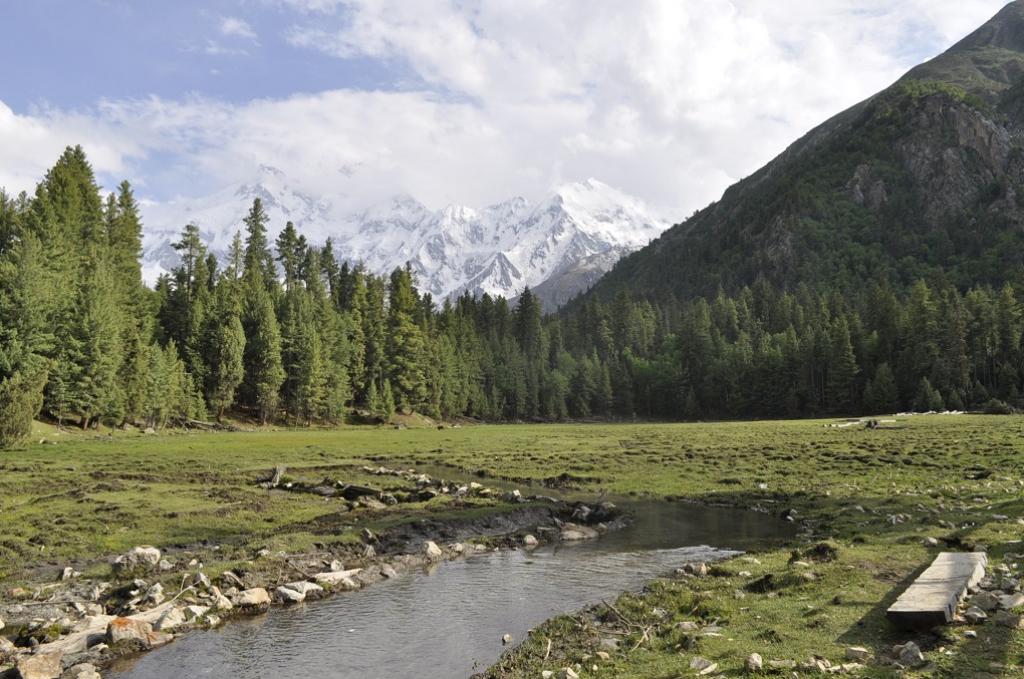 Among the bucket list, there are detailed structural measures that the provinces need to take to divert as well as conserve the flood water as part of its watershed management. “The catchment area would be cleared of people, check dams to be built to slow the speed of the water and to give it time to percolate to the ground thereby recharging the aquifers and even building ponds,” said Rasul, adding: “To get this off the ground requires huge funds and getting that has not been easy.”

But flash floods is just one natural phenomenon says climate experts. With increase in frequency in other calamities like heatwaves, GLOFs, storm surges and cyclones, Pakistan has recognised the need to create multi-hazard early warning systems (EWSs) to decrease loss of life. And while earthquakes and tsunamis may not be predicted, risks can still be reduced through preparedness and emergency response plans, say experts.