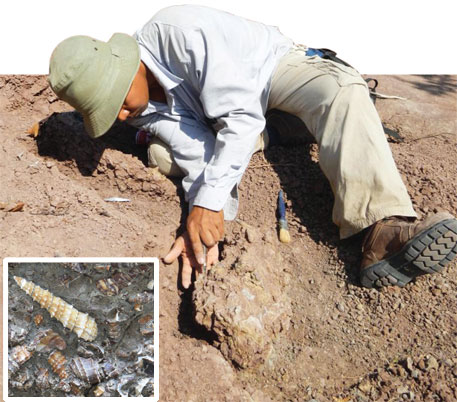 ASIAN MONSOON system is much older than thought. Scientists believed that the system took form 22-25 million years ago due to the uplift of the Tibetan Plateau and the Himalayas. But research has shown that it came into existence 35-40 million years ago when carbon dioxide (CO2) levels were three-four times more than what they are now. The pattern became weak 34 million years ago when the CO2 levels declined by 50 per cent. For the study, 40-million-year-old snail and mammal fossils in Myanmar were analysed to find the types of oxygen they contained. The ratio of oxygen-18 and oxygen-16 (two different forms of oxygen) showed that the animal lived in monsoonal conditions. Another study in China corroborated the results. Monsoon climate generates winter winds that bring dust from Central Asia to China. Such dust, dating 41 million years ago, was found in Xining basin in central China. Linking the results with CO2 levels present at the time showed the correlation. Nature, September 14

aMATERIAL made of a single layer of germanium atom has been created. Named germanene, the "two-dimensional" material is likely to have unique electrical and optical properties and could be widely used in the electronics industry. The material is also likely to have insulation qualities required for use in quantum computing. New Journal of Physics, September 10 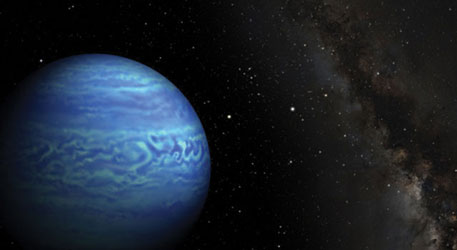 Evidence OF water ice clouds outside our solar system has been found for the first time. The clouds have been found on a brown dwarf named W0855. Brown dwarfs are objects much bigger than giant planets and much smaller than tiny stars. The clouds were detected by combining images taken through a telescope over three nights. Ice clouds are a great tool in understanding a planet's atmosphere. In our solar system, such clouds are present in planets such as Jupiter and Saturn. The Astrophysical Journal Letters, September 8

Sharks BECOMEabundant in a coral zone when the reefs are healthy. In a decade-long study conducted in the Great Barrier Reef, researchers used thousands of remote underwater video stations to count the number of sharks. The results showed that the health of coral reef had a huge affect on abundance of shark, especially the grey reef shark which is found on coral reefs. The study underlines the importance of coral reefs in protecting sharks. PLoS One, September 10