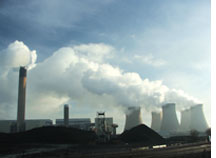 It seems that industry in Europe cannot count on the European Commission as far as co2 emissions are concerned. The commission has ruled that in 2008-2012, the next phase of the carbon trading scheme, the industry will have to emit 10 per cent less than what national governments had asked for.

A chaffed Bulgaria said that it could join Lithuania, Slovakia, Poland, Estonia, Hungary, the Czech Republic and Latvia, who are planning to take the commission to the European Court of Justice over reduced co 2 emission allowance (see 'Eastern Europe feels cheated on quotas', Down To Earth, September 15, 2007).