Even the womb does not protect against pesticides

Air pollution is certainly an enemy of health. But there are others that may be even nastier. Chlorpyrifos -- a pesticide that can easily enter the human foodchain -- has more victims to its credit than carcinogenic air pollutants such as Polycyclic Aromatic Hydrocarbons (PAHs). This is the finding of a study conducted by researchers from US-based Columbia University 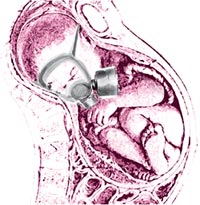 air pollution is certainly an enemy of health. But there are others that may be even nastier. Chlorpyrifos -- a pesticide that can easily enter the human foodchain -- has more victims to its credit than carcinogenic air pollutants such as polycyclic aromatic hydrocarbons (pahs). This is the finding of a study conducted by researchers from us-based Columbia University. They found a strong link between prenatal exposure to chlorpyrifos and low birth weight and smaller head size of infants. Several studies have correlated the smaller size of the head with lower intelligence quotient (iq) and poor cognitive functioning.

The researchers studied 263 pregnant females, of which 116 were African-American and 146 were Dominican. They lived in three areas of New York; and were exposed to almost the same levels of pollution. During their pregnancy, they wore air monitors to gauge exposure levels to eight pahs. The researchers used plasma (blood) levels of chlorpyrifos to estimate the amount of exposure to this pesticide.

This lack of an association may be due to unmeasured differences in exposure and susceptibility, the researchers speculate. They are evaluating whether genetic factors influence susceptibility.

In previous studies of newborns in Krakow, Poland, the researchers had found strong links between the adverse affects and exposure to pahs. However, the Polish population was exposed to 46 per cent higher concentrations of pahs than the residents of New York. It is alarming that affects in New York are associated with lower concentrations of the pollutants.

But more importantly, the study provides evidence that pesticides such as chlorpyrifos are much more fatal than what is generally thought. The findings are significant considering that the use of chlorpyrifos has been vastly restricted in the us, even for agricultural purposes.

An earlier study by us-based Duke University had indicated that the affects of the pesticide are more adverse during later stages of pregnancy despite minimal exposure. The offspring have lesser amounts of brain and liver tissue.

In the wake of such studies, countries like the uk are planning to phase out the pesticide. However, developing countries like India continue to use it on a large-scale. In 2000, it was the fourth most used pesticide in the country. During a study conducted by New Delhi-based Indian Agricultural Research Institute in 2002, high levels of the pesticide were found in 62.8 per cent of the 86 vegetables tested. Of these, 5.8 per cent had residues far above the maximum limits set by Bureau of Indian Standards. However, the government is not taking any steps to phase out chlorpyrifos. With developed countries like the us banning its use, multinational companies may dump large quantities of the pesticide in India.

Even air pollution is posing significant problems, shows a study conducted in February 2003 by New Delhi-based St Stephen's Hospital and All India Institute of Medical Sciences. The study covered 2,000 babies born at the St Stephen's hospital between January-September 2001. The babies were said to have low birth weight if they weighed less than 2.5 pounds at the time of birth. Areas with suspended particulate matter (spm) levels above 300 milligrammes per cubic metre (mg/m3) were considered highly polluted, while those having spm levels less than 300 mg/m3 were classified as less polluted. The researchers found a strong link between low birth weight and high levels of pollution. In the wake of such studies, experts urge the government to combat the problem, by disseminating information about health hazards posed by the pollutants.