All private hospitals should have beds reserved for poor, says an activist 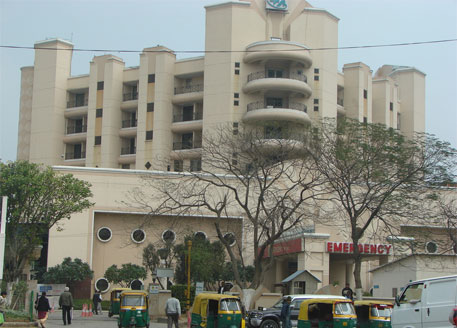 The Delhi government has decided to clamp down on private hospitals for not providing mandatory treatment to patients belonging to economically weaker section (EWS). The section includes all the families whose annual income is less than Rs 1lakh.

The government has decided to appoint 85 officials in private hospitals to monitor and ensure access to treatment for the poor. A proposal that is under discussion has recommended that legislation should be brought to ensure a quota for EWS in all private hospitals. The government will be responsible for providing free medicines and consumables.

At present, there are 623 beds in total for the EWS, out of which 19 are super-specialty health facilities. However, nearly 50 per cent of these beds remain unoccupied, says Satyendar Jain, health minister of Delhi. Estimates also suggest that the hospitals save Rs 75 crore annually by keeping the beds empty and not providing treatment.

The case of Apollo
In addition to these beds, Indraprastha Apollo Hospital has a pool of 239 beds earmarked for the poor. According to data available with the government, occupancy rate in Apollo hospitals is as low as 10 per cent. One of the main reasons behind such low occupancy is the hospital’s insistence to charge the EWS patients for medicines and other consumables they use.

“This is a good move. The matter will be taken up in the Supreme Court on March 31. But like previous instances, there is a possibility that it won’t be resolved that day. It is important that we create conditions for patients to avail EWS quota in private hospitals,” says advocate Ashok Agarwal, a member of a monitoring committee appointed by the Delhi High Court for EWS patients. He is advising the government on the issue.

“We are working on another proposal now. At present, only the hospitals that got land from a government authority have to follow EWS quota. But now, we are proposing that all private hospitals should be made to follow this quota. Under this proposal, medicines and consumables will be provided by the government,” Agarwal adds.

According to the advocate, addition of each bed in a government hospital costs Rs 1 crore. “A 200-bedded hospital will therefore cost Rs 200 crore for infrastructure development. But taking beds from private sector and giving other items for free will cost much less,” he explains.

Increasing the number of such beds by 40,000 was a pre-election promise by the Aam Aadmi Party. Currently, Delhi’s government hospitals have 30,000 beds. Taking this figure to 70,000 would require huge investment. The government is, thus, looking at other models.