...is what a power ministry proposal plans to do to certain projects under it, by doing away with the system of Central clearance 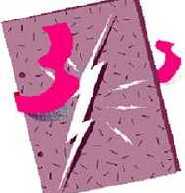 central clearance for mega fast-track power project -- with investments upto Rs 1,000 crore -- may not be required in the future. Instead, a plan recently put forward by the ministry of power proposes clearance at the state level. Towards this end, the ministry of environment and forests ( mef ) has constituted a six-member committee --comprising representatives from the ministries of coal, power, mining, environment and industries -- which is to offer its suggestions within a month.

The acceptance of the proposal would mean that the role of the only regulatory agency -- the Central Electricity Authority ( cea ) -- which has the requisite legal and techno-economic expertise, would be reduced to that of a bystander in such projects. A similar fate awaits two of the existing six environmental appraisal committees (which deal with power projects) in the mef .

"This proposal has come about for clearing bottlenecks facing fast-track power projects," states a source at the power ministry. It is still not clear as to which authority would look into the technical details of new proposals. In all likelihood, the state government would have the final say on environmental clearance, and the state electricity boards -- not known for their technical know-how -- would look into the techno-economic matters.

In a note entitled Status and Future Strategies in the Power Sector , the ministry of power had revealed that the sector required an investment of Rs 340,000 crores in the Ninth Five Year Plan (1997-2002) to meet growing energy needs, the capacity addition required being 61,128 mw . The cea had identified a capacity of about 56,783 mw , of which 26,937 mw were projected to arise from new schemes. Current power cuts at the national level are estimated to be for 14 hours a day. Causes for the crisis in power have been credited to uneconomic rates of the power supplied, losses from transmission and distribution (Rs 2 crore a day in Delhi alone) because of pilferage and poor-quality equipment, and a non-commercial and highly bureaucratic style of operation of state electricity boards. One of the basic problems is that since power is on the concurrent list, both the state and the Centre can legislate and regulate the sector, resulting in endless political interferences.

Fully aware of the sensitive nature of the subject of environmental clearance of power projects, officials of the power ministry, mef and the cea remain reluctant to comment on the proposal at this stage. The situation presents an anomaly of sorts. While in principal it reflects a policy of decentralisation, it also occasions fears of controversial projects gaining clearance. Besides, it highlights the currently increasing activity emanating from the corridors of the ministry. Earlier, the ministry had lobbied the finance ministry for a complete duty exemption on import of naptha and furnace oil by liquid fuel-based power plants, asking that both be listed under open general licence. It was hoped the move would result in generating an additional 8,000 mw in the next two years.

The move betrays political overtones as well. The United Front government at the Centre enjoys the support of the Congress for as long as it continues to follow Congress' policies. None of the much-trumpeted fast-track power projects cleared by the Congress have gone past the initial stages. If and when this proposal is cleared, the objectives of the policies set by the Congress stand to be fulfiled.