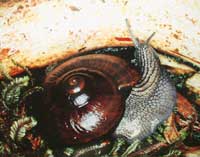 A us law to ban waste import from Canada has raised fears of a possible trade war between the countries. A bill to ban Canadian waste imports was approved by Michigan governor Jennifer Granholm last month and now awaits approval from Congress and the president.

Toronto has been shipping waste to Michigan since 1998. Currently it sends commercial and industrial waste amounting to about a million tonnes a year, which is about 19 per cent of the trash dumped in Michigan landfills, reports say.

The bill could lead to a trade row, since existing free-trade legislation says that solid waste is a commodity that should not be subject to trade barriers. Canada says it spends a huge amount on transporting the trash to Michigan only because it does not have enough landfills in its own country. It said they were working on contingency plans for alternative disposal arrangements to kick in by 2010.