India can't care about hazardous imports; the world must 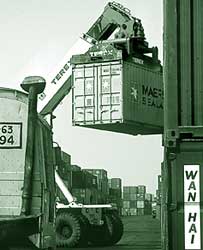 the export of hazardous plastic waste to India has lately created an uproar in some European countries, but Indian authorities are alarmingly unconcerned. Though the import of hazardous waste is not illegal in the country, according to an October 2003 decision of the Supreme Court, it requires the prior permission of the Union ministry of environment and forests (moef) and respective state pollution control boards. But these risky shipments obviously don't have the moef's approval, as the ministry officials are simply clueless about their arrival or what happens to them after landing in India.

On May 12, 2005, a uk court imposed a fine of us $47,070 on Materials Recovery Limited (mrl), a country - based waste and recycling company, for illegally exporting 20 containers of hazardous plastic waste to India. mrl, which sent the waste from its depot at Somerset between June 11, 2003, and November 4, 2003, was ordered to pay us $36,487 in fine and us$10,581 in costs. The case was brought by the uk environment agency, which alleged that the exports violated international cross-border shipment rules.

The court held mrl guilty of 12 offences and charged it with shipping waste to India in circumstances considered illegal traffic under European Council Regulation. "Environment agency officers had been carrying out surveillance on mrl that culminated with a call to go to Southampton Docks on November 3, 2003 to inspect a shipping container seized by Customs. Customs officers opened the container which was packed with what appeared to be waste plastic, some bailed, some loose and some on rolls," reads an agency note. Environment agency officers then raided mrl' s Taunton depot, where they found plastic waste similar to what was carried in the containers on the docks. "All exports of plastic waste, except a type known as pet, is allowed only in line with Red List Controls. This basically means these non- pet exports were illegal. We don't know what was happening to this plastic once it reached India, but the export of waste for disposal is strictly prohibited outside the uk. This is to prevent us from dumping our waste on developing nations. mrl breached uk, European and international legislation," says Andy King of the environment agency.

In another incident reflecting similar concern, Denmark's environment minister Connie Hedegaard was recently subjected to a volley of questions in the parliament regarding the export of hazardous plastic waste. The matter had a political angle too, but it is crucial that the issue was big enough to raise political indignation. "It is unacceptable from both environmental and human perspectives," says Martin Lidegaard, a spokesperson of the ruling coalition's Social Liberals party. Hedegaard acknowledges the problem and agrees to some of the criticism, but she won't have Denmark go it alone: "I agree it is unsatisfactory that we cannot assure that the buyers of the waste handle it in an environmentally proper way. That is why the European Environmental Agency works for better rules."

According to leading Danish newspaper Politiken, Denmark exports around 24,000 tonnes of plastic waste annually, of which 2,000 tonnes is pvc plastic, a suspected carcinogen. Its export is easy because the eu doesn't regard it as hazardous waste. About one fifth of Demark's plastic is collected by buyers in eu and exported to India, China, Hong Kong and other countries in the East.

While the two incidents confirm the arrival of hazardous waste in India, authorities don't know where it goes. N H Hosabettu, ex-director, Hazardous Substance Management Division (hsmd), moef, says the recently appoin-ted director, hsmd, Indirani Chandraseharan, is handling the matter. Chandraseharan refuses to comment. Lack of surveillance on hazardous waste imports is an oft-highlighted concern (see Down To Earth, 'Slipping through', October 15, 2002). Once such waste lands on Indian shores, it's difficult to return it.