The Union Ministry of Environment and Forests (MoEF) is planning to allow e-filing of forest clearance applications. It has ordered the National Informatics Centre (NIC) office of the ministry to submit a detailed project report on it by the end of June this year. The move would enable project developers who wish to apply for forestland diversion to submit their applications online.

Currently, project proponents need to file their forest clearance proposals on paper with the nodal officer in the office of the principal chief conservator of forests. The proposed e-filing procedure is expected to relieve the pressure on project proponents, says Federation of Indian Chamber of Commerce and Industry (FICCI). “It’s been a long-pending announcement of the ministry and we would always welcome the system,” says FICCI. 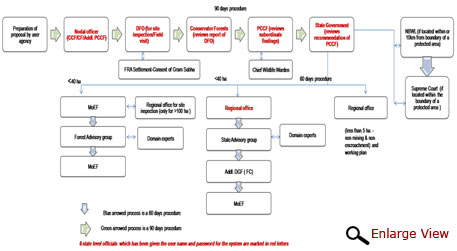 Forest officials' e-filling system was launched as the online forest clearance monitoring system on the January 1 last year by MoEF. 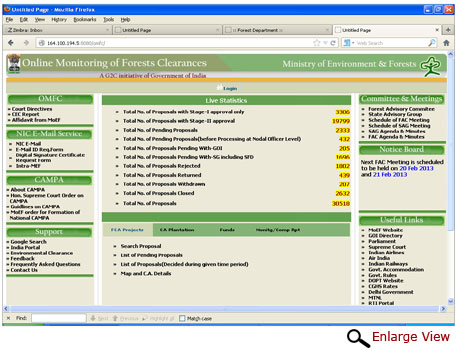 Apart from enabling forest officials to submit their documents to higher officials, this system gives various statistics on projects and allows the public to check the status of pending projects; among other things they can check which official the project is pending with and since when it has been pending. 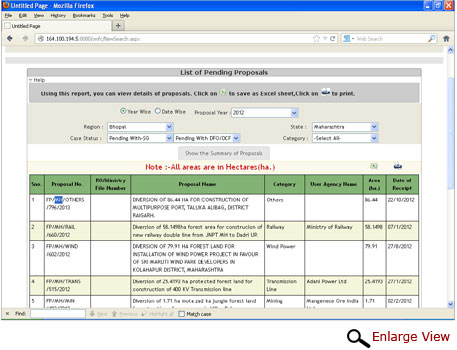 To operate and make this system a success, the ministry has been conducting special training programmes for state officials, adds the NIC official: “People can access data once the state officials start feeding it in; hence training is being imparted to the state officials via nodal offices of MoEF. It is a centralized database system with information from 1980 onwards and the data are searchable.”

The training programmes are in full swing in Maharashtra. Maharashtra’s head forest office says trainings for forest rangers and officials in five circles have been completed. As of now, training is going on in Aurangazabad.

Pramod Chand Lakara, divisional forest officer of Yavatmal district in Maharastra who attended the training, says it is not possible to comment on the system immediately. “We need time to see how it goes. We have suggested some modifications. If the project proponent‘s e-filing system is also in place then it will be really helpful. Right now we will have to train our manpower to scan all the documents and the other technical aspects which will take some time. If the project proponents themselves submit scanned documents, then probably there will be more speedy processing of documents,” says Lakara.

A K Goyal, principal chief conservator of forests for northern zone at Chandigarh, says a scheduled training programme is under way. “The training programme on February 26 will be conducted in Punjab. However, forest officials from Haryana and Himachal Pradesh who are interested in attending this training programme can also contact my office,” he says.

But forest officials in other zones are not aware of the system. The principal chief conservator of forests for eastern zone at Bhubaneswar says there was no training programme conducted in Bhubaneswar. He adds that there are some difficulties with online systems: “forest clearance documents are usually accompanied by certificates from different agencies; they require signatures. Managing such heavy documents and signatory aspects make it a slightly difficult task to use online systems.”

NIC-MoEF says uploading heavy documents will not be a problem. “We have given an uploading space of 425 MB to upload scanned documents to the state officials. We will look into the difficulties and other legal aspects and rectify them once the project proponent's filing system is also in place,” the official adds.