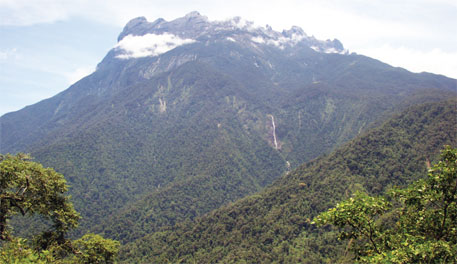 IN A dramatic response to global warming, forests in high-elevation areas across the world have been “browning” since the 1990s. A study has shown that forests have been steadily losing foliage and showing lesser photosynthetic activity.

When satellites measure sunlight that has bounced off the surface of the earth, different surfaces have different reflection patterns. Areas with lush foliage (where photosynthetic rates are high) appear green and areas with less foliage (where photosynthetic rates are low) look brown. The “greenness” or “brownness” of an area can be expressed through a formula called Normalised Difference Vegetation Index (NDVI).

The study used NDVI to study changes in tropical mountain vegetation from 1982 to 2006. The researchers concentrated on protected areas in regions 1,000 m to 6,000 m above sea level and selected 47 such areasÃ”Ã‡Ãªacross five continents, covering more than 50,000 sq km, all located in the world’s biodiversity hotspots.

Until the mid 1990s, the NDVI increased, indicating aÃ”Ã‡ÃªgreeningÃ”Ã‡Ãªacross all the areas under study. Then came an abrupt shift, synchronous in all 47 areas, and the “greening” became “browning”. “The ‘browning’ was with respect to the maximum greenness attained in each year—so it was a decline in the maximum photosynthetically active leaf biomass attained in the entire year,” says lead author of the paper Jagdish KrishnaswamyÃ”Ã‡Ãªfrom the Ashoka Trust for Research in Ecology and the Environment, Bengaluru. “Something was affecting the ability of tropical mountain vegetation to sustain the same canopy biomass in the early 1990s,” he says.

The exact timing of browning varied between regions but was within a seven-year-period in the 1990s in all the regions. Anping Chen from the University of Princeton, who was not involved with the study, is not surprised by the synchronous shift. “Continuously rising temperature is usually regarded as the main reason for such a trend shift. In early years (prior to the 1990s), warming enhanced vegetation growth. YetÃ”Ã‡Ãªcontinuous warming without an accompanied increase in precipitation in late years (during the 1990s) makes water a major limiting factor for vegetation growth, and thus the greening trend was stalled or reversed.”

Interestingly, a shift fromÃ”Ã‡Ãªgreenin to browningÃ”Ã‡Ãªin the 1990s has been reported from large areas in the northern hemisphere. Ideally, long-term ecological studies are needed to attribute a particular response of vegetation to climate change. These studies are not always feasible and in such situations satellite data proves to be a close approximation. The universal response of forests shows that continuing trends of global warming can cause more forests around the world to reach this tipping point which can ultimately lead to mortality of the world’s forests, especially in temperate and mountain areas where species have not been exposed to high temperatures till now.

The study was published in Global Change Biology on November 17.