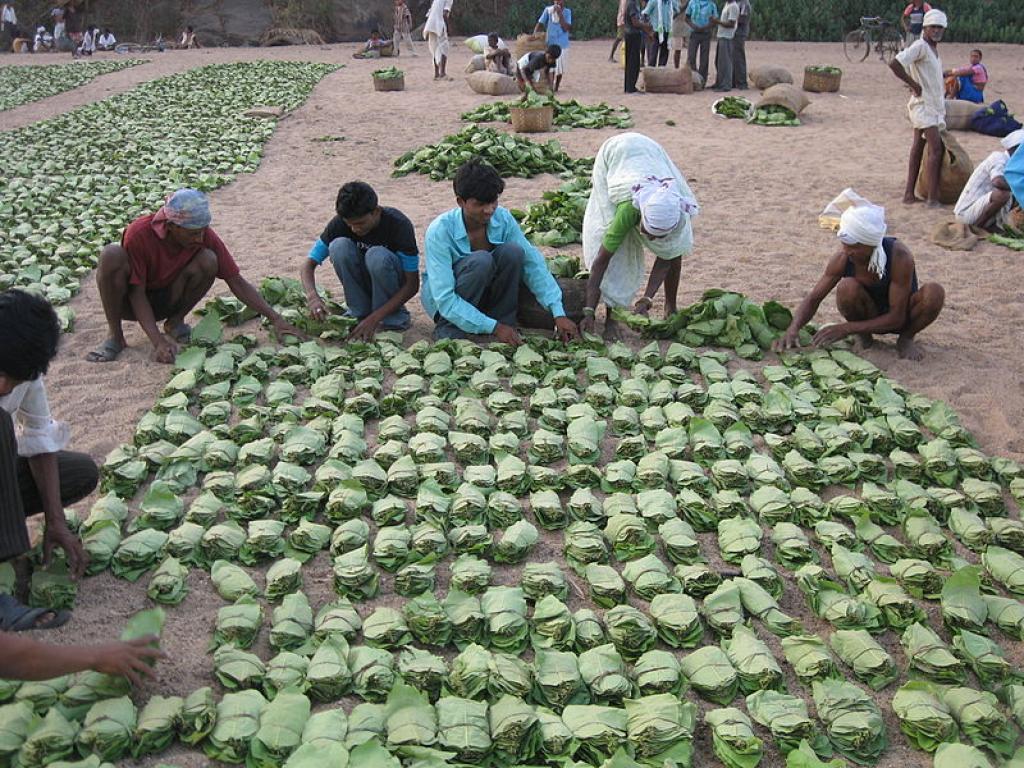 The forest dwelling communities of six gram sabhas in Odisha’s Kalahandi district are set to sell kendu leaves after giving a letter to the government about it.

The communities have decided to go ahead in the face of unbroken silence of the state’s forest department, despite letters from the Union Minster of Tribal Affairs Jual Oram and Odisha ST/SC development board, urging the Odisha forest department to allow the gram sabhas to sell kendu leaves.

“We tried meeting the district collector twice, but he wasn’t there. We’ll try once more tomorrow. If he doesn’t meet us, we’ll inform the government through a letter and sell the leaves. The transit pass will be issued by the gram sabhas,” Kunj Bihari Chandan, Gram Pradhan, Kalipur gram sabha said.

However, in Odisha, the leaf is a nationalised product. This means that the state forest department has a monopoly over its trade.

Back in May this year, six gram sabhas in Kalahandi district tried to assert their right over trade of the leaf. They tried to sell it to a merchant from Maharashtra and not to the state. But the forest department did not allow them to go through with the sale.

Manoranjan Mishra, manager for kendu leaf in Odisha Forest Development Corporation (OFDC), the government body responsible for the trade of kendu leaf, said that he is unaware of any development in the issue, emphasising that OFDC only deals in the trading aspect of the leaf. The district collector of Kalahandi and the Principal Chief Conservator of Forest (Kendu leaf) Odisha, could not be reached.