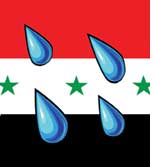 In the last two months of 2008, the US presidential election and its aftermath took away the spotlight from another major development: three broadcast networks in the country have stopped sending full-time correspondents to Iraq. abc, cbs and nbc declined to speak on record about their news coverage decisions. But representatives for the networks emphasized that the networks would maintain a skeletal presence in Iraq. American TV analysts believe the staff adjustments are related to a change in the media's understanding of the Iraq situation. The story now is not the violence, but the reconstruction and politics, they said. Jane Arraf, former Baghdad bureau chief of cnn, who has remained in Iraq as a contract reporter for the Christian Science Monitor, recalled hearing one of her TV editors say, "Don't want to see the same old pictures of soldiers kicking down doors". "You can imagine how tedious it would be to watch soldiers running meetings on irrigation," she told the New York Times.