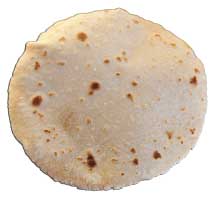 Locked in wheat, once released they protect from diseases

wheat is more nutritious than was previously known. But this nutrition--polyphenols--is bound to carbohydrate molecules and cannot be accessed by the body when consumed. Fermenting the wheat is the key to the release of these phenols that act as scavengers of harmful chemicals and keep coronary diseases, cancer and diabetes at bay. A research team used two species of filamentous fungi (Aspergillus oryzae and Aspergillus awamori nakazawa) to ferment wheat. The method not only enhanced wheat nutritionally, it also proved to be cost-effective and safe.

Fermentation by fungi is a method that has successfully been used to enhance the free phenol content of beans. It was not explored in wheat.

Fifty grammes of wheat grains were taken as substrate, steamed and sprayed with fungal spores.After a few days, the free phenol content of the substrate was observed to increase two to five times. The study found that fungal enzymes--alpha-amylase, beta-glucosidase and xylanase--played a vital role. The peak of enzymatic activity coincided with an increase in the phenol content.

"The maximum phenol content obtained from A oryzae-aided fermentation was significantly higher than what A awamori nakazawa yielded," said researcher Rintu Banerjee, who led a team from the Agricultural and Food Engineering Department of Indian Institute of Technology, Kharagpur. The study, to appear in the June 2009 issue of Bioresource Technology, also said the taste of wheat remained the same. The fungi have been declared safe through years of usage and various researches, added Banerjee.

A oryzae occurs in the soils of Japan and China. It has been used in the production of soy sauce and sake for many years. Enzymes like protease and amylase obtained from A nakazawa are used in the food industry.