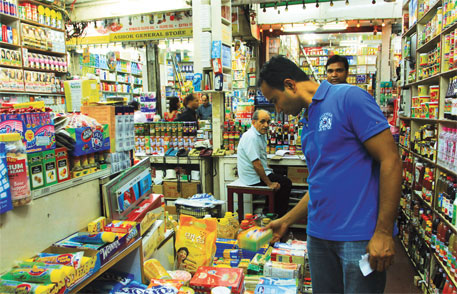 The Food Safety and Standards Authority of India (FSSAI) has given food operators who have been pointing fingers at the food safety body to pay more attention to their mandate—food safety. In an open letter addressed to all stakeholders, FSSAI has highlighted the importance of self regulation and the role of industry. It also points to how industry believes in “Make in India” initiative without paying heed to its concomitant policy of “zero defect and zero effect”. The letter, issued recently, clearly sends a message that industry needs to take responsibility at its end and has emphasised on the need for joint effort by saying, “please help us to help you”.

Of late, food business operators (FBO) have raised concerns about FSSAI’s slow and inefficient functioning in approving products. In response, the authority has shown keen interest through this letter in addressing such concerns and guiding FBOs without compromising on safety.

FSSAI’s letter says references are made to the US Food and Drug Administration or the EU regulatory system on food safety regulations but that this is done without acknowledging the fact that people in such economies are much more aware than consumers in India. Such consumer awareness compels self-regulation in these countries. But it has to be noted that in India there are no strict regulations for labelling because of which consumer awareness is at stake. The advertising industry is running unregulated as junk food items sold by big brands are still getting endorsed by celebrities. Children are the most vulnerable to junk food advertisements.

Negligence on part of FBOs is said to be a hurdle during product approval procedure. The biggest example is the recent withdrawal of no objection certificate (NOC) for energy drinks  such as Monster Energy, Monster Absolutely Zero, Tzinga and Cloud 9 and other products like Akoaroma-M and Akoarama flavored water. The rejection of these products was based on several grounds, like absence of relevant documents needed for the approval, lack of timely communication and the irrational combination of ingredients, such as caffeine and ginseng. Some FBOs have been observed to make “silly mistakes” while making product approval applications. Such incomplete or erroneous applications are said to be responsible for delay in product approvals. FSSAI, therefore, emphasises that if applications are filled up with due diligence, it would take much less time to get them approved. To make this a reality and to assist the FBOs in a better way, FSSAI’s letter shares explanatory notes and details on prescribed application formats, including guidelines. The explanatory notes give details of application procedure. They also contain important sections from Food Safety and Standards Act 2006. The document envisions bridging the existing gaps and clearly describes FSSAI’s action plan to address the concerns of the industry. Responding to the industry’s complaint of lack of response from FSSAI to their emails, the letter mentions the online food product approval system which is unique to India and the online facility to track the status of application.

Though the letter from FSSAI offering guidance and support on product approvals to FBOs sounds promising, people in the food industry have a different perspective. D V Malhan, executive secretary of All India Food Processor Association in New Delhi, says the letter may prove beneficial to stakeholders but adds that merely talking about these issues is an academic exercise. He says authorities don’t understand the ground reality and problems that FBOs face during product approval. Anil Dhanuka, president of All India Food Processor Association, based in New Delhi, says FSSAI’s product approvals are akin to interfering with how one manages the kitchen, by scrutinising each and every ingredient used in the food.

The food safety unit of Delhi-based NGO, Centre for Science and Environment (CSE), has, meanwhile, called for strict implementation of food safety provisions to protect consumers. “Awareness in Indian consumers about packaged food and how it is produced and promoted is low. In such a scenario, the role of state and industry has greater significance,” says Amit Khurana, programme manager, Food Safety and Toxins team of CSE.

“If the food authority is putting focus on food safety, the industry must support it. It should help food authority to  approve products in a time-bound manner. In the long-run, it will benefit the food industry and the consumer. Product approvals are not interference, but necessary to ensure food safety for consumers.” adds Khurana.

Eightieth report on the Food Safety and Standards (Amendment) Bill, 2014