In Bombay, simple technologies are being used to convert garbage into fuel and biofertilisers. 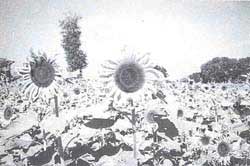 WITH THE Bombay Municipal Corporation (BMC) becoming increasingly incapable of dealing with the metropolis' mounting garbage, three agencies are working to make its disposal a paying proposition.

The department of science and technology has set up a plant to convert organic waste into fuel pellets for industries; BMC has teamed up with H Shankar, a professor at the Indian Institute of Technology in Bombay, to produce vermicompost from refuse and Excel Industries Ltd, a Bombay-based pesticide and fertiliser manufacturer, has set up two plants to make compost out of garbage.

Everyday, the 10 million Bombayites throw out more than 4,000 tonnes of garbage. Clearing the refuse is a problem because though BMC has about 700 trucks, nearly 50 per cent of them are being repaired at any given time, says Soli Arceivala, former director of the Nagpur-based National Environmental Engineering Research Institute (NEERI) and presently managing director of Associated Industrial Consultants (India) Private Ltd, which is devising an environmental management strategy for the Bombay metropolitan region.

The garbage is carried to four landfill sites, which are more than 100 years old. Says Prem Panjwani, deputy chief engineer in charge of solid waste management in BMC, "The landfills are filling up at an alarming rate and we are likely to need new sites in 10 to 15 years." There are also fears that salts from the sites could pollute groundwater and this is being investigated by NEERI scientists.

The DST project, under the leadership of its former secretary Vasant Gowariker, envisages setting up 50 units to process garbage into fuel pellets. The DST sanctioned a Rs 4 crore integrated waste management pilot project in 1989 and a garbage processing plant was set up at Deonar dumping ground in Bombay. The plant became functional in 1991 and fuel pellet production was stabilised by June 1992.

The plant uses indigenous technology and can produce 80 tonnes of fuel pellets daily. However, it is not run to capacity and produces only about 30 tonnes of pellets daily because of constant modifications.

The process of making fuel pellets starts by spreading the garbage out to dry. A day or two later, plastics, organic wastes and iron are removed. The garbage, now with a 10 per cent to 15 per cent moisture content, is shredded in a disintegrator and biomass like dried grass or bagasse is sometimes added to enhance the calorific value of the pellets. Binders like coal tar are added to facilitate pelleting.

The plant produces pellets of various sizes to suit users' requirements. However, production of pellets is halted during the monsoon. But P D Mujumdar, an Indian Space Research Organisation scientist who was on deputation till recently to the DST, says the plant can be used during the monsoon to pellet the plastic found in the garbage.

Most of Bombay's garbage is vegetable market and domestic refuse and its composition varies with the season. As a consequence, the calorific value of the garbage also varies. However, Gowariker claims they have fine-tuned their technology to produce standardised pellets, which have a calorific value almost equal to that of coal. Besides, the ash content of the fuel pellets is only 5 to 10 per cent, compared to 35 per cent for most coals used in Indian boilers.

Mujumdar claims the pellets have been test-marketed and several people are interested in them. Companies like BHEL in Tiruchirapalli and the Bombay-based Excel Industries and Piramal Spinning and Weaving Mills have tested these refuse-derived fuel pellets, which cost about Rs 1,000 per tonne. Gowariker says that a Coimbatore-based company -- Laxmi Boilers -- is especially interested in their pellets.

Though Gowariker and his colleagues are confident of the technology, they caution that refuse pelletisation is not the only or best way to deal with the growing urban garbage problem. Gowariker points out, "A product mix of compost and fuel pellets may be more appropriate, depending on the financial situation and the demand."

Besides disposing of the city's garbage, Gowariker's project also provides additional toilet facilities for Bombay's slum population. Gowariker, the DST and the Computer Maintenance Corp (CMC) have visualised a Rs 240 crore project that would include construction of 90,000 toilets. The running and maintenance costs could be met by the sale of fuel pellets and Rs 5 crore the BMC has agreed to provide. The DST-CMC team has already constructed 22 toilet blocks in the city.

Meanwhile, the BMC is thinking of producing compost by using earthworms to treat the abundant garbage at their disposal. In collaboration with Shankar, BMC plans to invest Rs 25 lakh to produce vermicompost for its garden department. The project, which should be operational at Deonar by March 1994, envisages converting 200 tonnes of garbage to compost daily, explains Panjwani. BMC is setting up the infrastructure on a 10-ha plot. Starting with about 20 tonnes a day, Panjwani estimates that by mid-1995, 200 tonnes of garbage will be processed each day.


Excel Industries Ltd, motivated by the success of a small pilot project on their factory premises at Amboli, has projects at the municipal dumping grounds at Chincholi and Deonar to produce biofertilisers from garbage. The Chincholi plant is functional and is capable of processing upto 500 tonnes of garbage a day. At Deonar, they plan to process some 500 tonnes daily, but eventually hope to scale up the operation to 2,000 tonnes of garbage a day.

Excel scientists have developed a process using microorganisms to convert waste to a compost- or humus-like manure they call Celrich. According to S R Maley, vice president of Excel's biotechnology division, microorganisms and some minerals are incorporated into garbage heaps to initiate fermentation and remove the unpleasant odour associated fermenting organic waste. These reactions generate heat and destroy several noxious pathogens. Interestingly, claims Maley, the garbage heaps are free of hovering flies and other insects.

The conversion of the garbage to manure takes about six weeks and its quantity is reduced to about a third. Glass, plastics and metals are then removed. The cost works out to about Rs 750 per tonne.

The compost is being test marketed as a bio-organic soil enricher, which Excel claims can increase fertiliser efficiency and soil fertility. The regular use of Celrich, they claim, can enhance the soil's moisture holding capacity and increase crop yields by upto 25 per cent.

Says Excel chairperson K C Shroff, the prime mover of project, "Being a company with a turnover of more than Rs 200 crore, we can afford to experiment. Of all the technologies with which we have played around on a small scale -- fuel pelletisation, vermiculture and aerobic composting -- we find that for the Indian garbage mix, which generally has a low calorific value, our microbes are the best option."

Excel plans to replicate the experiment at Delhi's Tihar Jail and similar projects have been set up in Ahmedabad and Bhopal. Excel has also received a number of export enquiries, and they are exploring the possibility of selling this technology to countries in West Asia. The search for dealing with urban waste thus goes on.