Germany tries to pass the buck

The meeting of the climate convention negotiating committee, which was meant to evolve criterion for reducing global greenhouse gas emissions, remained inconclusive with Germany trying to put the onus for the reduction on developing countries. 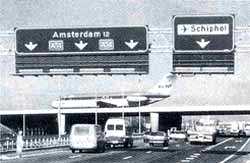 THE EIGHTH session of the negotiating committee for a convention on climate change, held in August in Geneva, failed to agree on "joint implementation" by industrialised countries to reduce greenhouse gas emissions.

Joint implementation essentially means that industrialised countries can sponsor cheap efforts in the Third World to reduce greenhouse gases and take the credit for it. For example, USA can build more coal-based power stations, while funding tree-planting exercises in Colombia or India, which would offset the increase in carbon dioxide emissions in the US by absorbing the same amount of the gas in the developing country. The developing countries stand to gain foreign investment and possibly technology from the deal.

The Geneva meeting discussed a proposal by Germany and Norway, which suggested that "joint implementation be understood merely on the basis of the application of the offset concept". It said "recipient countries" -- developing countries -- would obtain money for projects to compensate for industrialised countries' emissions.


The French challenged the German contention that the cheapest emission-reduction projects are in developing countries. "It is false to assume it is very expensive to reduce emissions in the developed countries," said Mauricette Steinfelder of France's environment ministry. "The problem," Steinfelder said, "is the high political cost, as our countries have a culture in which mobility has almost become an end in itself."

Several non-governmental organisations (NGOs) also criticised the proposal. According to a statement made by the Centre for Science and Environment (CSE) and supported by other Third World NGOs, "The concept of joint implementation as defined currently is limited to the exploitation of the cheap labour and resources of developing countries to provide 'least-cost' solutions for the greenhouse gas emitters of the industrialised world." CSE said equal entitlements to the benefits of the earth's atmosphere should be worked out before carrying out joint implementation.

Two US-based NGOs -- the Environment Defense Fund and the Natural Resources Defense Council -- also opposed the proposal, and expressed their fear that the industrialised countries would pass the buck on to developing countries.

However, it was widely agreed that joint implementation should be used to reduce greenhouse gas emissions over and above the levels agreed upon in the climate convention.

In contrast to the German proposal, France wanted to restrict "joint implementation" to a commitment by rich countries to provide a "minimum level of financial assistance, according to their standard of living and emissions". This money would be used to finance the emission reduction in other countries, but would not entitle industrialised countries to offset their emissions.


The excitement generated by the issue of joint implementation prevented the various government representatives from debating the issue of commitments by industrialised countries to reduce greenhouse gas emissions and the financial mechanism for the convention. Last year's "climate villain", the US, failed to present its plan to reduce emissions to 1990 levels by 2000. The principal protagonist of hard targets -- Western Europe -- did not even manage to ratify the convention, and meanwhile, its emissions continued to rise.

Even as the discussion on the financial mechanism was postponed to the February 1994 session, it was rumoured that the World Bank would take over the Global Environment Facility as its "sole trustee", displacing the UN Environment Programme and the UN Development Programme. This will give the bank overriding powers on countries that ratify the climate convention.