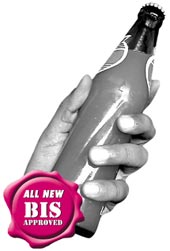 india is set to be the first country in the world to specify standards for pesticide residues in soft drinks. The Bureau of Indian Standards (bis), under the Union ministry of consumer affairs, food and public distribution, recently issued draft standards for carbonated beverages. The Draft Indian Standard, Ready-To-Serve Non-Alcoholic Beverages -- Specification, doc: fad 14 (1552)C also sets norms for pH and caffeine content in these drinks, imposing strict labelling requirements. These standards are at present open for public comments for 45 days.

In a somewhat similar move, the Union ministry of health and family welfare (mohfw) has also notified its own set of pesticide residue standards for soft drinks. But these are limited to the raw water used in the drinks. This water has to meet the bottled water norms notified recently by the mohfw. The mohfw's standards fail to provide norms for the finsihed product. Experts believe the bis norms are far more progressive than those of the ministry.

The bis standards are in keeping with the recommendations of the Joint Parliamentary Committee (jpc) on pesticide residues in soft drinks, made earlier this year (see 'A lie is nailed', Down To Earth, February 29, 2004). Environmentalists are jubilant over the government's swift move, which they claim will go a long way in protecting human health. Bejon Mishra of the New Delhi-based Consumer Coordination Council (ccc), a coalition of 55 leading consumer groups in India, says the standards, when finalised, will provide the key to further reforms in food standards in the country.

The draft standards set limits for 16 pesticides in the finished product of soft drinks. The limit for individual pesticide residue has been fixed at 0.0001 milligramme per litre (mg/l), but the total pesticide residue is not to exceed 0.0005 mg/l. The pH of carbonated beverages has to be between 2.3 and 8.5. Besides, the amount of caffeine permitted in soft drinks has been reduced from 200 mg/l to 145 mg/l. Manufactures will have to follow labelling requirements. For instance, if the caffeine content in these beverages is more than 145 mg/l, the exact amount has to be indicated on the label, which should also specify that the drink "is not recommended for children, pregnant or lactating women, and individuals sensitive to caffeine."

"Globally, there is an increasing concern regarding the use of high amounts of caffeine in soft drinks consumed by the young and vulnerable sections of the society; therefore, it was important for us to set the global best standard for caffeine," says R Desikan, head of Chennai-based Centre for Consumer Education Research, Teaching, Training and Testing (concert) (see 'Flavour of risk', Down To Earth, June 15, 2004).

The bis started the process of third revision of standards for carbonated beverages after the Centre for Science and Environment of New Delhi released its study on pesticide residues in soft drinks in August 2003 (see 'Colanisation's Dirty Dozen', Down To Earth, August 15, 2003). Before this, the existing standards did not pertain to pesticide residues or pH. The bis committee on carbonated beverages has worked closely with the soft drink industry, groups representing consumer and environmental interests, agricultural scientists, nutritionists and toxicologists to frame these draft standards.

A major roadblock, according to the bis, was the fact that no other country in the world, including the industrialised nations, has fixed such limits. But the jpc had asserted in its report that the reason that other countries have not fixed such limits should not dissuade our lawmakers in attempting to do so, particularly when a vulnerable section of our population who are young and constitute a vast national asset are consuming the soft drinks." Industrialised countries have not set such standards because they have more or less taken care of contamination. This is not the case in developing countries like India.

The new standards differ from the mohfw's standards suggested in August 2003 in that they are restricted to carbonated beverages and do not include fruit juices. This is so because the latter, being nutritive in nature, need different standards for pesticides and other contaminants compared to non-nutritive and non-essential products like soft drinks. The bis has, thus, limited these standards to non-alcoholic carbonated beverages that use less than 10 per cent fruit pulp. Consumer and environmental groups want soft drinks to be brought under mandatory certification to ensure good quality products and enforce standards.