Going for the kill 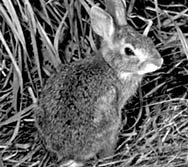 the controversial rabbit calicivirus will be let loose on purpose in Australia, end of September, to decimate the rabbit population which has caused havoc in the island continent. Amidst fears that the virus could jump species, the Australian government announced that the virus would be released once the approval of all the Australian states and territories and the New Zealand government is received.

Two us scientists have cautioned against the move. Alvin Smith of Oregon State University and David Matson of the Centre for Paediatric Research in Virginia state that other caliciviruses have jumped species and the rabbit calicivirus would be no different and would especially be a threat once it gets mutated.