Climate change may cause some tree species to disappear 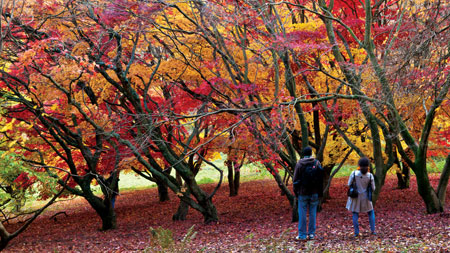 IMAGINE a hill station without pines. Worse, Canada sans the maple tree. This could be a reality. Scientists at the Hebrew University of Jerusalem in Israel claim many tree species that depend on the wind to disperse their seeds like pines and maple might become extinct due to climate change. Current changes in the climate like higher concentrations of CO2 in the air and reduction of surface wind speed are expected to continue well into the next half century.

Previous scientific research suggests that further increase in CO2 concentrations will cause trees to produce more seeds and reach maturity earlier. But the weakening of wind speed would reduce the spread of seeds. It is not known whether a balance between these forces would be sufficient to counter the effects of climate change. It is also unclear whether an increase in wind speed, together with higher seed production and earlier maturation will result in faster spread of trees.

The study, published in the January issue of Ecology Letters, examined these uncertainties. “The focus was on the spread of North American wind dispersed trees,” said lead researcher Ran Nathan. The results showed that trees would be unable to spread at a pace that will cope with the expected rise in temperature. This theory was based on a newly developed mechanistic model that predicts trends in plant spread.

The researchers explained that changes in wind speed would have negligible effect on the rate of wind-driven spread of trees. The effects of increased seed production and earlier maturation would result in faster spread. But the spread would be much slower than the expected poleward shift of change in temperatures. Consequently, these tree species might not be able to withstand climate change.

“A 3°C increase in global mean temperature will make conditions unfavourable for pines unless they move to higher altitudes. The rate of change in temperature per decade is faster than the trees’ ability to adapt,” explained J Srinivasan, chairperson of Divecha Centre for Climate Change, Indian Institute of Science, Bengaluru.

The effect of climate change on trees is not limited to a particular area or a particular species, said Pankaj Agarwal, director of Institute of Wood Science and Technology in Bengaluru. “The study’s result may apply to tropics, and species that are dispersed by agents like animals and water.”